Stedman Graham is the CEO of S. Graham & Associates, a marketing and consulting firm, headquartered in Chicago, IL. 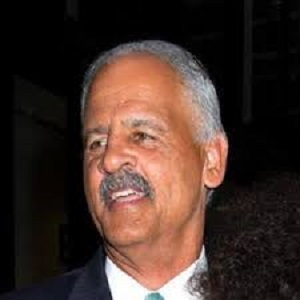 Understand who you are, so that you can be the same, whether you're talking to a homeless person or the president of the United States. You're the same person

I'm pretty grounded on my own passion - writing books, you know, doing programs, speaking around the country. And I love what I do.

Finally, he has been in a long-term relationship with Oprah Winfrey since 1986. Then, after six years of their affair, they got engaged in 1992. The couplet has been together for over three decades now and their relationship is going very well.

Who is Stedman Graham?

Besides that, he is probably best known as the longtime partner of the celebrated media magnate, Oprah Winfrey.

Stedman was born in Whitesboro, New Jersey, the United States on March 6, 1951, to parents Stedman Graham Sr. and Mary Jones Graham he was born in Middle Township.

Talking about his education, firstly, he studied at ‘Middle Township High School’ a public school in Cape May County, New Jersey.

Then, he attended Hardin–Simmons University, a Baptist university in Abilene, Texas for his graduate degree in Social Work in 1974. Finally, he went to Ball State University(BSU) to finish his master’s degree in Education in 1979.

Talking about his profession, he started his career right after obtaining his master’s degree from Ball State University. Then, he moved from Indiana to North Carolina pursuing a career in Public Relations, and immediately got a job at B & C Associates. Besides that, he also established himself very quickly as the go-to man for Black causes.

In 1985, he founded the Athletes Against Drugs (AAD), a youth-oriented non-profit organization in Chicago, Illinois. Since its inception.  Then, after three years of founding the AAD, he also found the S.Graham & Associates in 1988.

Likewise, he also founded the My Life Is About Foundation in 2008. Whereas, he is also a bestselling author with eleven books to his name. Consequently, his books are primarily self-help and motivational books which have helped millions of people overcome major obstacles in life. In contrast, he has also written entrepreneurial books addressing key issues in building and sustaining businesses. Finally, his first book came out in 1995 and the latest to hit the shelf was in 2012.

Besides that, his noted books are The Ultimate Guide to Sports Event Management and Marketing (1995), You Can Make It Happen: A Nine-Step Plan for Success (1997). Even Diversity: Leaders Not Labels: A New Plan for the 21st Century (2006), and Identity: Your Passport to Success (2012).

Similarly, he is also the brain behind George Washington University’s Forum for Sport and Event Management and Marketing. Apart from his books, he has been a published writer elsewhere too.

There is no information regarding his salary. His net worth is around $ 10 million.

On talking about his body measurements, Stedman has a height of 6 feet 6 inches. Additionally, he weighs is 90Kg. Furthermore, his hair color is grey and his eye color is black.