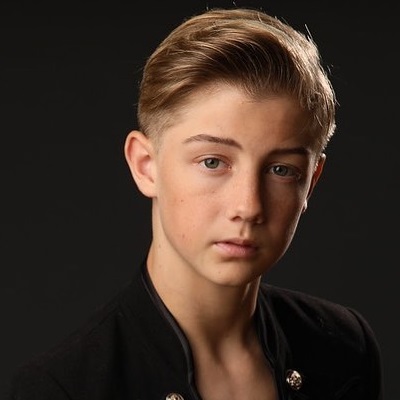 As of now, he is focused on his career as a music artist planning to release his first EP. Also, he planned to go for a world Tour.

Who is Stefan Benz?

South African Stefan Benz is a rising pop singer and social media influencer. He is renowned for his singles like Cool 4 Me and Say What’s in Your Eyes.

Last, on the 19th of September 2020, he released his latest music video, Simplify along with the dancer, Elliana Walmsley.

Stefan was born on the 26th of September 2006 in South Africa. He is of South Germanic ethnicity.

He happens to be the eldest child to his parents. As of now, he has not shared any details on his father and mother. He has a younger sister.

Details on his academics are behind the curtains. Probably, he is attending middle school.

Since childhood, Stefan Benz was in love with music. Choosing music as his professional career, he participated World Championship of Performing Arts in Long Beach at the age of 11. In the competition, he met the music producer, Manny Mijares who judged him in the show.

In the competition, he reached the semi-finale, Manny recorded his performance and sent the video to Charlie Walk. After that, he started writing songs and record his performance.

By then, he had already made his reputation as a performer in South Africa through his Piano Cover of the songs of his favorite artists that he uploaded on Instagram.

Moving forward, he started uploading cover songs like Love Yourself, When I see You Smile, Right Here Waiting, and Last Christmas on his YouTube channel. Through such cover songs, he gripped the attention of a large audience on YouTube.

Later, on the 23rd of August 2019, he released his debut song, Cool 4 Me through his YouTube channel. The video received more than half-million views in no time making the song peaked at the 1st number in South Africa. That made him the youngest artist to achieve the milestone.

His latest original songs include songs like What’s In Your Eyes and Leave Him. Also, he has performed at the U.S. Open Arthur Ashe Kids Day. Besides that, he has made his appearance in events like VMAs, and the Grammy Awards. Currently, he is being represented by CAA (or Creative Artists Agency).

Apart from that, he also earns through the royalties of his music. Also, he makes through merch and brand promotion.

Stefan Benz has blue eyes with auburn hair. He has a decent height and average weight.

Till date, he has not been through any sort of controversy and scandals that created a buzz in the media. Besides that, he has managed to maintain any type of rumors.

He has a self-titled YouTube channel with over 107k subscribers and more than 6.78 million views.

You may also read the bio of That Poppy, Sherilyn Fenn, and Wissam Al Mana.