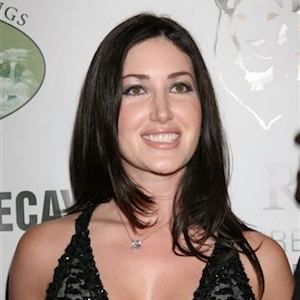 Though it’s been confirmed that Stefanie is engaged to Paul Magdalin in 2006 not much is known or heard about her relationship status as she prefers a low profile than being open about her lifestyle.

Paul Magdalin her fiance, is founder partner at Goldman, Magdalin & Kikes, LLP and is a frequent lecturer and speaker at industry conventions and seminars.

The couple has not yet set a wedding date or even if they have, it remains unknown.

Who is Stefanie Schaeffer?

Stefanie Schaeffer is an American who works as Defense Attorney from California. She hit to fame after she won the sixth season of the reality talent shows The Apprentice in BBC one.

The Apprentice is a reality show where contestants from different walks of life all over the US spent 14 weeks competing for tasks which were laid by the host and his advisors. In Schaeffer’s case, the host was non-other than real state tycoon and the current US President Donald Trump.

The winner of the show gets a one-year $250k starting contract to run one of Trump’s company.

She now lives in Los Angeles. She is currently the host for  Know Your Rights TV which is a unique web series that aware American about their inalienable rights as citizens of America and supplies them with information on common injustices and how to fight them legally.

Stefanie Lynn Schaeffer the older of the two children of Peter Schaeffer and Gloria Peri-Smith was born on May 31, 1974, at Burbank, California. She was raised in Palm Springs, California. Her brother’s name is Michael Schaeffer.

She went to attend University of California, Riverside and has earned her Law degrees from South Western School of Law, Wilshire, California. She holds a double major in college for English and Psychology.

She also worked for Goldman, Magdalin & Kikes, LLP.  She is a member of the Alumni Association Board of Directors at South Western Law School.

Within three years after she first appeared on the reality TV show Apprentice (2007), she has appeared as host and judges on more than 14 shows from 2007-2014 including Live with Regis, Reality Chat, The Golf Fix, BMW Charity Pro-AM, Miss USA Pageant etc.

The greatest award Schaeffer won to date is being the winner of the sixth season of the reality talent show The Apprentice in 2007 for which she won a one-year salary of $ 250k starting contract to run one of Trump’s Company.

Stefanie Schaeffer: Salary and Net Worth

Stefanie’s salary and net worth are not known. However, judging from the job she is doing its affirmative she earns a lot and her net worth must be huge!

Stefanie is a white American and is five feet and six inches tall. She has vital statistics of 34B-24-32. The color of her hair is Black and she has brown eyes. Her dress and shoe size is unknown.

Also know more about the early life, career, net worth, relationships, and controversies of Attorney like Rebkah Howard, Savannah Guthrie, and Valerie Jarrett.