Updated On January 29, 2023 | Published By: Frank Ingram
Share this
Divorce 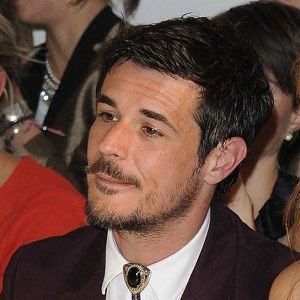 What is the relationship of Stefano Catelli?

Stefano Catelli is presently believed to be single after his divorce with ‘Quantum of Solace’ star actress, Gemma Arterton.

When Stefano and Gemma first met, both were in deep love and thought that they found the one with whom they want to live their entire life.

After their meeting, Stefano proposed Arterton in 2009, and finally got married on June 5, 2010, in Spain. Gemma Arterton became the main reason for the popularity of Stefano Catelli.

They thought that they would never end up their marital relationship but, unfortunately, the divorce case was filed on November 1, 2012, just after 2 years of their marriage and, the divorce was confirmed on 2015.

Even after Catelli’s divorce with Arterton, they are good friends. It is also believed that Gemma Arterton was in an affair with someone else when she was in a marital relationship with Stefano Catelli.

Currently, there is no any information about the love life of Stefano Catelli after his divorce with Gemma.

Who is Stefano Catelli?

Stefano Catelli is an Italian businessman and a fashion icon who is best known for his work as a manager for ‘Club 21’ and for ‘Weston Represents’.

He is also, sometimes, popular for being a former brand manager for ‘Miracle Edgedale’. Currently, Catelli works for ‘FOURMARKETING’ as a product manager.

Who are the parents of Stefano Catelli?

Stefano Catelli was born to Italian parents and was raised in Italy. He is still famous as an Italian businessman and as the ex-husband of actress Gemma Arterton. From the very early age of his life, he was interested in fashion and business industry but, he was a shy guy.

Honestly, he still is a shy guy because even after his popularity being a husband of Gemma Arterton, he never publishes any information about his personal life and love life as well.

Earlier, Stefano was not highlighted because of his inactive nature of work in the fashion industry but, currently, he is gaining popularity as a manager of some of the great fashion designing companies.

Stefano Catelli initiated his career as a normal staff of one of the fashion designing company. There is no information about the name of the company but, after his work profile, he was appointed as the manager of the menswear company ‘Club 21’ in 1999 which was his first significant work.

Then, he kept his up trending traits to achieve new heights in his career as a fashion icon. He worked for ‘Club 21’ for 5 years till 2004 and made his entry to the new company ‘Weston Represents’ as a sales manager which was followed by his work as a brand manager for ‘Miracle Edgedale’.

Currently, he is working as a product manager of the company ‘FOURMARKETING’. Though there is no information about the salary of Stefano Catelli, it is believed that he gets the handsome amount of money as his salary. As of 2023, she has an estimated net worth of $13 million.

Is Stefano Catelli involved in any rumors and controversies?

There was a rumor that Stefano never wanted a child through Gemme Arterton. Gemma Arterton wanted a child. He has not been involved in any major controversy in his professional or private life. His divorce with Gemma, of course, was hyped about and had made headlines in the tabloids.

He is 6 feet tall but his weight is not known. He is rather slim and has dark brown hair. His eyes are also dark brown in color.