Steffiana de la Cruz is an actress, model, former zookeeper. Cruz is married to her husband, Kevin James, and has four children. 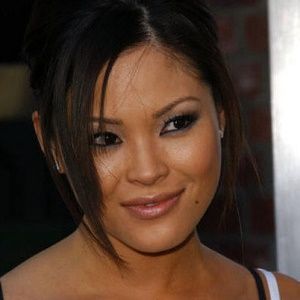 Steffiana de la Cruz used to live with actor Chris Penn at the beginning of her relationship period. They had an affair for 6 years from 1993 to 1999. In 2002, she met Kevin James on a blind date which was set up by James’s interior designer.

They had a relationship of boyfriend and girlfriend for two years until eventually they got married on 19th June 2004. The marriage was conducted at St. Edward Catholic Church in Dana Point, in front of her longtime friends and her family.

Who is Steffiana de la Cruz?

Steffiana de la Cruz is an American model and actress. She is best known for role in movies such as ‘Zookeeper’ (2011) and ‘Paul Blart: Mall Cop’(2009). She is often recognized as the spouse of famous comedian and actor Kevin James.

Born in August of 1974 in the Philippines, she is of Filipina descent. She later moved to New York, United States. The background of her family and her education is a mystery as it is not available on the internet. She was formerly a fashion model.

Having spent the early life of her career in the modeling business, she has since then been part of various movies. Steffiana has made her debut in the field of acting in 2009 when she appeared in the movie ‘Paul Blart: Mall Cop’. She later appeared on ‘Paul Blart: Mall Cop 2’ which was the sequel to her first movie.

Her involvement in various Television Series including ‘The King of Queens’, ‘Pacific Blue’, ‘Die Gang’ and others have also gained her some fame as a renowned Filipino descent American actress.

Steffiana de la Cruz’s character as ‘Robin’ in the movie ‘Zookeeper’ released in 2011 established her as a stunning and charming personality in Hollywood. ‘Stealing Harvard’, ‘Redemption’, ‘Cement’, ‘Soulkeeper are some of the projects that Steffiana has been involved in.

This actress’s net worth is estimated at $5 million but her salary and other incomes are not disclosed.

Steffiana has been able to maintain a prominent figure in the Hollywood business. She has seldom been involved in any rumors and controversies. Their purchase of a costly house in Delray Beach was the headlines of many tabloids because people felt that he had spent a lot on the purchase and it was an expensive deal.