Stella Caro Stevens is an American pin-up girl, movie producer, director, television and stage actress, author, and comedienne who started her career in the 1950s, the coming of age decade. She is divorced. 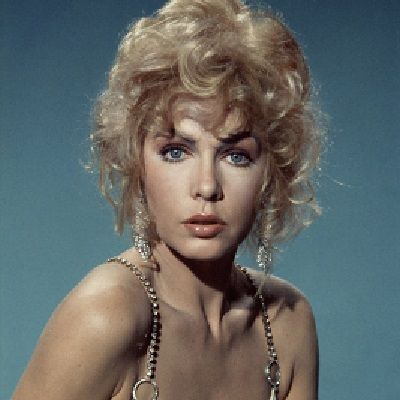 "I did the best I could with the tools I had ad the opportunities given me. My life was screwed up early by getting pregnant at 15 and married, then a baby at 16, then divorced at 17. But in spite of that start, I've done all right."

"After posing for Playboy January 1960, I starred in every one of my movies. I'll say one thing -- it got me a lot of obscene mail. But it got me a lot of male fans, too, loyal fans. They've stuck with me through the years, through all the movies".

"I directed two films in the '70s and '80s. One was a feature-length documentary. But I've still not made my debut with a big film. I'm working on doing that now... So why has it taken me so long? Because it was hard as a "sexpot", as I was labeled in the '60s and '70s, to have people take me seriously as a producer or director. They would rather see me without my clothes on."

In 1983 she started her relationship with rock guitarist Bob and shared the Beverly Hills home. Her website talks about her love for horses and riding the high desert hills and canyons and sports.

Between her private life and professional career, she purchased a ranch in Methow Valley, opened an art gallery and operated a bakery in the nearby town of Twisp in Washington.

Then in 2015 Stella sold their Beverly Hills home and moved indefinitely to Alzheimers Care Facility in Los Angeles.

Before Kulick, Stella had been married to Noble Herman Stephens in Memphis on December 1, 1954, when she was just a 16-year-old girl. They had a child, actor-producer Andrew Stevens. In 1957 Stella and Noble divorced.

Who is Stella Caro Stevens?

Stella Caro Stevens is an American pin-up girl, movie producer, director, television and stage actress, author and comedienne who started her career in the 1950s, the coming of age decade.

She and her band The Skip-Jacks sang theme songs for programs like The Flintstones’ and The Patty Duke Show.

Stella also appeared in the Playboy in 1960, and she still remains the most photographed woman in the world.

In 1999, she co-wrote a novel Razzle Dazzle, about a Memphis-born singer. With Elvis Presley, Stella acted in the iconic movie Girls! Girls! Girls!

Stella a native of Hot Coffee, Mississippi was born as Estelle Eggleston on October 1, 1938, in Yazoo City, Mississippi. Her ethnicity is Caucasian.

She is the only child of Thomas Ellet Eggleston, an insurance salesman and Dovey Caro Estelle, a nurse.

Stevens attended St. Annie’s Catholic School on Highland Street and Sacred Heart School on Jefferson Avenue. She is alumni of the University of Memphis.

This college sparked her interest in acting and modeling when The Memphis Press-Scimitar reviewed her school play Bus Stop and launched her career.

Stella Caro Stevens’s career spanned 4 decades. She debuted as a chorus girl in the musical Say One for Me (1950), produced and starred by Bing Crosby, then under contract with Paramount Pictures.

Late 50s and 60s, saw her famously photographed in Ektachrome and featured as Playboy Magazine’s 100 Sexiest Stars of the 20th Century.

In 1963, one of the successful comedy movies Stella appeared in was Jerry Lewis’ The Nutty Professor. Here’s the link to the song “Pretty Blue Eyes” from the movie.

Stella’s contract in 1964 with Columbia was followed by the movie, The Poseidon Adventure.

Her television series too are of note namely Alfred Hitchcock Presents and Silent Thunder, a critically acclaimed 1960 episode of Bonanza.

She also performed as Sally Mestin in ‘Funeral at Fifty-Mile’, of the 1985 episode of Murder, She Wrote, a prime-time detective series. And in 1996, she played the Hotel Keeper in two episodes of In Cold Blood.

Stella produced two movies- The American Heroine and The Ranch.

In 1960, Stella was awarded the  Golden Globe Award New Star of the Year- Female, for her acting in the 1959 movie, Say One For Me.

Stella Caro Stevens has pretty blue eyes and platinum hair. Her body stats are slim with 37-22-36 inches of the figure.