Updated On January 29, 2023 | Published By: Joseph Miller
Share this
In Relation 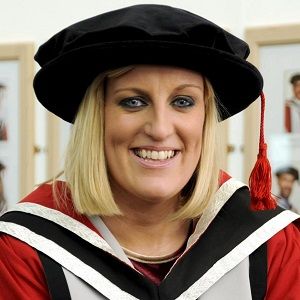 I have always avoided cooking.

Fortunately my partner is a fab cook. BUT given I am not working much at the mo and she is, I thought it right to take on more domestic duties.

I am now regularly making food. And I can reveal after three months... I am still [rubbish] at it.

What is the relationship of Steph Mcgovern?

Steph Mcgovern is a lesbian. She is in a relationship with her girlfriend whose name is not known. But the latter is a TV executive.

Steph delivered a baby girl with her and announced it on 4 November 2019.

Who is Steph Mcgovern?

Steph Mcgovern is an award-winning British television personality and financial journalist. In addition, she is also an Irish dancer.

She is currently working for BBC on Watchdog and BBC Breakfast, a morning television news program. Also, her work as a co-host for the very program made her well known among the public.

Stephanie Rose Mcgovern was born on May 31, 1982, in Middlesbrough, England. She belongs to British nationality and her ancestry is Irish.

Her father is Eamonn Mcgovern but her mother’s identity is not known to us. Also, she hasn’t shared the details regarding Steph’s siblings with us.

As regards Steph’s childhood, she was raided in her birth town. However, she hasn’t shared many of her childhood details with us.

And, it doesn’t seem like she is interested in her past. Rather she is highly focused on advancing her professional career.

She also was awarded the Arkwright Engineering Scholarship for her talent.

Steph Mcgovern did different odd jobs before joining BBC. She was a part-time researcher at University College London.

And an award-winning work that she did for improving the production techniques used by Black & Decker is still talked about.

However, she started her career on BBC as the main producer for Today, a morning news program.

During her professional career, she has been able to share the experience of various top-class journalists.

She also has been presenting Shop Well for Less? with Alex Jones. Also with James O’Brien, she co-presented Can Britain Have a Pay Rise.

Apart from being a journalist, she is also a former champion Irish dancer. In addition, she sometimes contributes as a coach dancer in various international dancing competitions.

Furthermore, she has also taken part in community projects such as BBC Outreach and BBC School Reports.

When Steph was 19 years old, she received Young Engineer for Britain awards for her improvised idea to improve the production technique used in Leaf Hog Product.

However, there are not any awards under her name for her professional works so far.

This journalist drives a fancy Audi sports car and lives in a luxurious house.

Many viewers criticize her northern accent. And, some of them termed it as ‘terrible’. A viewer sent her £20 to correct her accent.

And recently in 2017, her accidental flashing of underwear in live programs attracted some social media attention.

Rumors were that she was pregnant. Once the fake news was out, her fans and well-wishers started to congratulate her, to which she shut down everyone by stating that the news is false and she was not pregnant.

Steph Mcgovern is 5 feet 9 inches tall with a weight of 56 kg.

She has blonde hair and fair skin. In addition, she has blue eyes.

However, other details regarding her body measurements are currently unavailable.