Stephania Bell is a popular name in the broadcasting business.

Stephania Bell is a very secretive media personality. She was in a relationship with Mr. Kuselias, an employee of ESPN. But there are no details to support this relationship.

Apart from that, it is tough to collect information regarding her personal life. She is an actual example of professionalism. Her professional life is in the spotlight. But her life off the screen is entirely behind closed doors. It’s because she has been able to keep her details away from the media and the public.

Her admirers want to know about her relationship status including love affairs or marriage. But as of now, we can only wait until she makes up her mind to reveal these details. 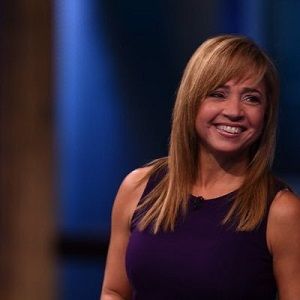 Who is Stephania Bell?

Furthermore, she has published books and also works as a physical therapist. Additionally, she is also a radio host.

Bell was born on May 20, 1966. She was born in the state of California in the United States of America. Although she was born in California, she lived in Virginia too and did her schooling from there.

She lived most of her early life and childhood in Virginia and California. She is a quite secretive person when it comes to private life. Consequently, there is no detail of her family background and ethnicity.

For her education, she attended The Madeira School in Virginia. Afterward, she enrolled at Princeton University. From there she graduated with a B.A. degree in 1987. Then she joined the University of Miami.

Later in 1991, she graduated from there with a Master of Science degree in Physical Therapy.

Stephania Bell is an apex professional. She is involved in multiple jobs. Discussing her broadcasting career, she has been working with ESPN since the early nineties. She worked for ESPN Gameplan from 2002 to 2015.

During her radio career, she worked as the injury analyst for XM Radio, KFFL, and RotoWire. Similarly, she also served as the host of “Fantasy Focus” for ESPN radio. Furthermore, she is also a physical therapist.

Some of her clients are athletes like Tiger Woods and Alex Rodriguez. Stephania Bell is a certified ‘orthopedic clinical specialist’ and a ‘strength and conditioning specialist.’ And as an author, she co-wrote the book, “The Clinical Orthopedic Assessment Guide.”

From her multiple jobs, she earns a pretty massive amount of salary. Subsequently, she has made a fortune. Hence, her net worth is estimated to be around $3 million.

Stephania Bell was part of the controversy in the past. Previously in 2009, a private investigation revealed her relationship with the alleged sexual harasser, Mr. Kuselias of ESPN. Presently, she is free of any rumors or controversies.

Stephania Bell has a charismatic personality. The gorgeous Bell has maintained her persona. While her hair is blonde, her eyes are blue.

She has a height of around 5 feet. The combination of her height, weight, and body figure give her a perfect look. But these details are not available yet.