Stephanie Corneliussen is a Danish supermodel and actress. She is bisexual. 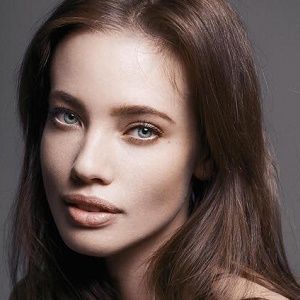 Stephanie married Emil Simonsen, a Danish rapper better known by his stage name ‘Orgi-E’. This relationship was never stable and in 2011, they divorced.

Emil Simonsen claims that she had a relationship with Emil’s best friend, Troels Neilson, a band mate.

But Stephanie is bisexual and the name of her current partner is not known.

Corneliussen has been in relationships in 2015 with Bryce Vine.

Stephanie Corneliussen is a well-known Danish supermodel and actress. Stephanie is known for her work in various movies and television shows.

Some of her movies are Hansel & Gretel: Witch Hunter, Mr. Robot and Legends of Tomorrow.

Stephanie Corneliussen was born in 28 April 1987 in Copenhagen, Denmark. Stephanie was raised in Copenhagen by her grandmother who instilled integrity and respect in her.

As a child, Stephanie’s grandmother kept her entertained with the Fairy Tales of Danish writer Hans Christian Andersen. This fascination with fairy tales would one day see her acting as a fairy-tale character.

Stephanie attended Johannesskolen in Frederiksberg and studied ballet in Copenhagen. She also has a degree in graphic designing.

During her school days she learned ballet. In 2007, she went to the United Kingdom for her higher studies and in 2011 she relocated to Los Angeles.

At the age of 13, Stephanie participated in a modeling contest ‘ Supermodel of Scandinavia’ and won the competition while still in school. Since then she started taking various modeling projects.

At the age of 22, Stephanie moved to Los Angeles to pursue a career in American films and modeling. Stephanie appeared on the cover of the famous magazine including GQ, Playboy, Vogue and Vanity Fair.

Stephanie also appeared in ad campaigns and commercials for brands like Bebe, Armani, Dasani, Lexus, and Nikon.In her modeling career, she walked the ramp for several major designers which helped her establishing as the European beauties back in late 2010 to mid-2015.

Later, Stephanie auditioned for television roles to pursue an acting career. She appeared as a guest in the series like ‘The Rebels’, ‘Royal Pains’, ‘Bad Judge’ and ‘The Exes’. Stephanie portrayed the “White Nun” for the American anthology horror TV Series ‘American Horror Story’.

Stephanie appeared in the 2013 released movie ‘Hansel and Gretel: Witch Hunters’. In the same year, she portrayed the role of Tatiana for the film ‘Hello Ladies’. The movie was nominated in  HBO’s Emmy Award.

In 2015, Stephanie portrayed the role of Joanna Wellick in the drama–thriller television series ‘Mr.Robot’. The same year Stephanie had been cast in the series  ‘DC’s Legends of Tomorrow’, and the other two shows ‘Arrow’ and ‘The Flash’.

Supermodel of Scandinavia awarded in 2001, approximately.

Mr. Robot, the series, 2015 received nominations in all the major television award categories.

Mr. Robot, the series, was also honored as the ‘best television series of the year-Drama’ at the Golden Globe Awards in 2015.

Stephanie Corneliussen: Salary and Net Worth

Stephanie’s net worth is estimated to be around $ 1.4 million. As a seasoned model and actress, her earnings as talented performer will be $100,000 or more per year.

There were rumors that Stephanie wanted to play  Poison Ivy in the ‘Gotham City Sirens’and tweeted it. She asked ‘Can I be your #PoisonIvy ?? ‘
Stephanie has been listed for the role of Poison Ivy cast along with another actress including Megan Fox, Jessica Chastain, and Bryce Dallas Howard.