Updated On January 29, 2023 | Published By: Sandra
Share this
Married 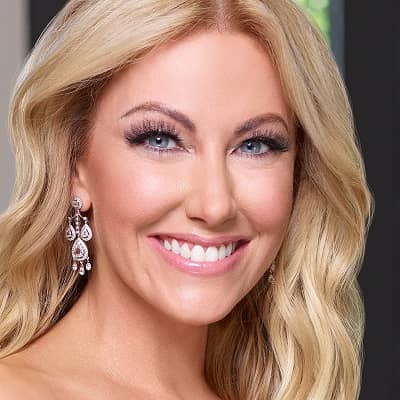 What is the relationship of Stephanie Hollman?

Back years when she was 22, she was engaged in a very abusive relationship. She has also attempted suicide by overdosing on pills due to mental stress.

Who is Stephanie Hollman?

Stephanie Hollman is an American television star who is best known for appearing in the Bravo TV reality series, The Real Housewives of Dallas.

She is the daughter of Frank Hayes and Susan Hayes. Her mother used to work at the VA Medical Centre as a social worker, educator, and counselor. There is not much information available about her family and her childhood

In which school did Stephanie Hollman attend?

As talking about her education there is not much information is available but it is known that she was graduated from Oklahoma State University with a degree in psychology.

Hollman is Tv personality throughout her career. She came from Coweta, Oklahoma where she has spent her childhood and got an education.

After graduation from the study, she started working as a social worker which is her passion. For a couple of years, she has also worked for Madonna House Shelter and Head Start before taking up some modeling assignments.

Hollman has an impressive net worth through her career and social media platforms. She is a very hard-working woman where she has worked in different companies.

Her net worth is increasing with her increasing popularity.  It was reported that she has an estimated net worth of $18 million throughout her career.

Stephanie has a beautiful blue pair of magnetic eyes and her hair color is Blonde. Her dress size is 4(US).

Stephanie is very active in different social media accounts with a burly amount of her fan followers.

Hollman has also verified the TikTok account which is @stephhollman where she has earned more than 80.1k followers. As well her Facebook account has more than 118k followers.