Stephanie Honoré is a mother of a child and the wife of Eric Sanchez.

They tied the lifelong knot on 13th Dec 2009 and they have been together for 12 years.

They are blessed with a son, Zoey Sanchez. 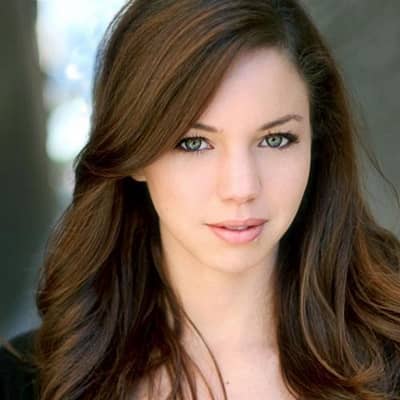 Who is Stephanie Honoré?

Stephanie Honoré is an American actress who is best known for her critically acclaimed role as Nadia Monroy in the 2009 supernatural horror film ‘The Final Destination’. Furthermore, she has other notable appearances in films like Mirrors 2 and Navy Seals vs. Zombies.

She hasn’t talked about her parents and siblings if any. It seems like she along with her parents moved to the USA while she was young.

Honoré is of American nationality and her ethnicity is undisclosed. She might be at least a high school graduate.

Stephanie Honoré started her career when she got the opportunity in 2005 for a short role in the TV series, Vampire Bays which was followed by a film debut in ‘The Reaping’ in 2007. Later, she got her breakthrough role as ‘Nadia Monroy’ in the film ‘ The Final Destination’ in 2009.

Her other notable appearances in films and TV series include, Mirrors 2, Now You See Me, Navy Seals vs. Zombies, Roe v. Wade, Fab Five: The Texas Cheerleader Scandal, House of Bones, From Dusk Till Dawn, NCIS: New Orleans, and Home by Spring among the others.

Stephanie is considered a full-fledged actress however, she hasn’t won any awards yet.

All her success helped her to live a luxurious lifestyle. So, she has an estimated net worth of around $1M.

Stephanie is living her life quite privately and uptight. AS she is focused on her career, she has no time to be stuck on the rumors and controversies.

Honoré has a curvaceous body with a height of 5 feet 4 inches and weighs moderate. She has cunning green eyes and brown color hair. She fits in 4 US-size dresses.

Stephanie is not f0nd of social media platforms so she is not active on any of them.