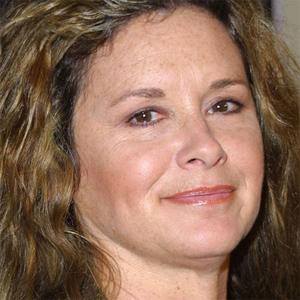 If I've learned one thing in life, it's you can never go back.

My upbringing was very un-Hollywood... I was born in New York and grew up on a ranch. I was never really smitten by the business in those days, never a fan type -- just a basic kid watching TV. It wasn't like I was an insider. I was never really brought into the show business side of my father's life. I guess that's been a blessing and a downfall. But it's made my own work the initiation.

[1983] I'm not the sexiest thing in the world, I feel actors who have to *play* sexy lose all their sex appeal. When they start with the tongue and the heavy lids, it looks so ridiculous. I think you just have to be yourself.

Stephanie Zimbalist is currently single. Also, there is no information regarding her dating, affair, and relationship. She likes to keep her profile low and does not want to share information about her relationship status.

Who is Stephanie Zimbalist?

Stephanie Zimbalist is an American actress. She is best known for her appearance as Laura Holt in the NBC detective series ‘Remington Stelle’.

She was born on October 8, 1956, in New York City, New York, USA. She is currently 62 years old. Her father’s name was actor Efrem Zimbalist Jr. (1918-2014) and her mother’s name was Loranda Stephanie(1933-2007). Her family shifted to Los Angeles while she grew up. She had a sister named Nancy Zimbalist and has a half-brother, Efrem Zimbalist III. Unfortunately, her sister, Nancy died in 2012.

She grew up swimming, playing tennis, riding, diving, dancing, and living the normal life of a tomboy in the great expanse of the San Fernando Valley. She sued to write, produce, and direct pieces in her little bedroom hallway, in the stable, and don neighbor’s fireplace hearts. Also, she earned the title ‘the boss’.

She attended the Marlborough Schol and later graduated from Foxcroft School in Middleburg, Virginia. Also, she later joined Julliard School before stepping into an acting career.

Stephanie Zimbalist made her early appearance in television and movies in ‘The Gathering’ in 1977, ‘The Magic of Lassie’ in 1978, The Awakening’ in 1980, etc. She made her appearance in the tragic TV movie ‘The Best Place To Be’ along with her father, Efrem Zimbalist Jr. in 1979.

She made her guest appearance in the television series ‘Family’ episode ‘Ballerina’ in 1979 in which she portrayed the role of Josephine “Josie” Collins. Similarly, she appeared as Laura Holt in the NBC Seris ‘Remington Stelle’ from 1982 to 1987 on which her father also stared. Likewise, she portrayed the leading roles in ‘The Man in the Brown Suit’, ‘Caroline?’, appeared as a guest on ‘Touched by an Angel’ and ‘Diagnosis Murder’.

Moving towards her theatre role, she appeared in the touring musical ‘My One and Only’ in which she played the role of Edith Herbert. In addition, she took roles in plays concerning artists like Chopin, Van Gogh and many more throughout the 2000s.

Furthermore, she released audiobooks which includes ‘The Girls’ and won a Listen-Up award in 2006 and also released the book titled ‘Quen of the Underworld’.

She has been successful in keeping herself far away from rumors and controversies in her personal and professional life.

She has a height of 5 ft. 5 inches and weighs 55 kg. Stephanie Zimbalist has blue eyes and light brown hair. Her body measurement is 34-25-35 inches and her bra size is 38B.