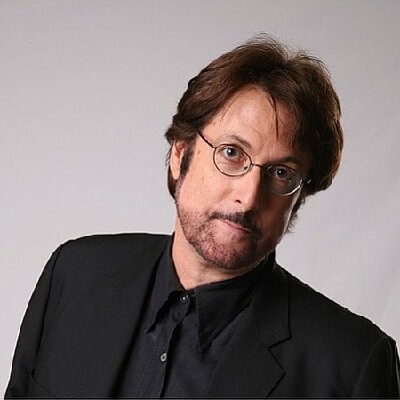 He has remained very private about his personal life and is not active on any social media sites, too which has made it even harder to confirm his relationship status.

Previously, he was in a relationship with Karen Allen and Lesley Ann Warren. Both of them are actresses.

Karen is well-known for her portrayal of Marion Ravenwood in Raiders of the Lost Ark.

Warren, on the other hand, is well-known for her work in Victor/Victoria for which she was nominated for an Academy Award.

Who is Stephen Bishop?

Stephen Bishop is an American musician. He is a singer-songwriter, guitarist, and actor.

He is best known for his hits, ‘It Might Be You, ‘On and On, and ‘Save It for a Rainy Day.

As of 2022, his age is 71. There is no information about his parents. He has one brother named Denny.

It was his brother who bought him his first guitar. Stephen persuaded his brother after seeing The Beatles on The Ed Sullivan Show.

He spent his childhood days in San Diego with his family. His ethnicity is English.

Talking about his education, Stephen attended Will C. Crawford High School and graduated from there.

Bishop got inspired by the band, The Beatles.

He saw them perform on the Ed Sullivan Show when he was thirteen and asked his brother to buy him a guitar.

He started creating his own chords, melodies, and original songs. The first song he wrote was ‘Surf’s Turf’. Less than a year after getting his first guitar, he formed his band, ‘The Weeds‘.

The band performed at local venues.

After the band disbanded, he went to LA hopeful of getting a songwriting contract. Bishop walked the LA streets in the early 70s with a $12 guitar.

After that, he started playing songs for several publishers in the area. Finally, he landed a deal with Edwin H. Morris Publishing. He got paid $50 per week.

During the first few years, only one of his songs was recorded. Leah Kunkel, his close friend connected him with Art Garfunkel.

Garfunkel recorded two of his songs on his album, ‘Breakaway‘.

He was then signed to ABC Records and released his first album, ‘Careless’. The album became gold-certified along with his second album, ‘Bish’. So far, Stephen has released 17 albums.

His latest album, ‘We’ll Talk About It Later In The Car’ was released in 2019.

The great musician and one of the finest guitarists of all time, Eric Clapton even mentioned him as one of his favorite songwriters.

Stephen Bishop has had a career spanning over four decades.

During this time, he is well-known for his live performances, song craftsmanship, recording, and audience entertainment.

Stephen Bishop has an estimated net worth of around $3 million. There is no information about his salary.

An average musician in America earns around $42k a year. However, Bishop probably earns more than that.

Bishop has brown hair and brown eyes. However, he has not revealed his height and weight.

You may also like to read the Bio, Career, Net Worth, Social Media, Relationships, and more about Diana Ross, Barbra Streisand, Bette Midler, and more.