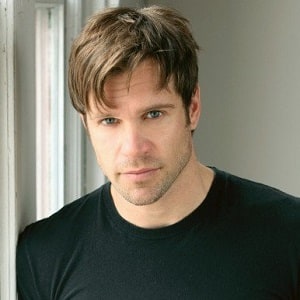 Stephen Huszar has kept his personal life away from the media spotlight. There are no records available about his past relationships.

Furthermore, at present, he is believed to be single.

Who is Stephen Huszar?

Stephen Huszar is a Canadian film and television actor. People mostly know him for his role as Yorkie in the TV series ‘Letterkenny’.

Additionally, he has also appeared in ‘iZombie’, ‘Shadowhunters: The Mortal Instruments’, ‘Supernatural’, and ‘Cashing In’.

Huszar was born in Canada, on 24 Jan 1974. He developed an interest in acting became from an early age. He is of Canadian nationality.

Furthermore, there are no details available relating to his parents and ethnic background at present.

Talking about his education, Huszar attended Aden Bowman Collegiate. Additionally, he also studied at the University of Saskatchewan.

Stephen Huszar initially appeared in the TV movie ‘The Cradle Will Fall’ in 2004. In addition, he played the role of Officer Duncan Finney in ‘Caught in the Headlights’. In 2006, he also had roles in ‘Lesser Evil’, ‘Dark Storm’, and ‘Shock to the System’.

Since then, he has appeared in numerous other movies and television series. All in all, he has over 40 credits as an actor.

Some other movies and television series that Huszar has appeared in are ‘Return to Christmas Creek’, ‘Hometown Holiday’, ‘Carter’, ‘Magical Christmas Ornaments’, ‘The Flash’, ‘The Rooftop Christmas Tree’, ‘Milton’s Secret’, ‘Spun Out’, ‘Backstrom’, ‘Aurora Teagarden Mystery: A Bone to Pick’, ‘Girlfriends’ Guide to Divorce’, ‘The Guerilla Picture Show’, ‘Jackhammer’, ‘Fringe’, ‘Faces in the Crowd’, ‘12 Men of Christmas’, ‘Smallville’, ‘Paradise Falls’, and ‘The Wedding Wish’ among others.

Huszar has not revealed his current salary. Additionally, there are no details available about his net worth.

There are several rumors which suggest that Stephen might be gay. However, there is no official confirmation of the rumor. Huszar has not been part of any notable controversies to date.

Talking about his body measurement, Stephen Huszar has a height of 6 feet 1 inch (1.85 m). His hair color is dark brown and his eye color is blue.

In addition, he has over 24.5k followers on Instagram.