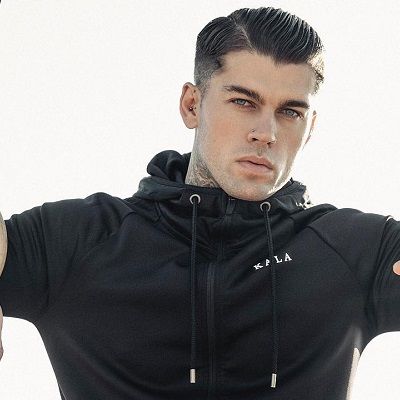 Stephen James is possibly single. He has not revealed his past relationships as well.

Previously, he was spotted walking with a girl in the street and was suspected of dating her. But he has not revealed anything about it.

He is into fitness and works out at the gym regularly.

Who is Stephen James?

He is known for his tattoos and body piercings. He is the owner of Barber and Tattoo shop named Elijah.

Stephen James was born as Stephen James Hendry on 4th December 1990 in Hammersmith, London, England. He is the son of Elijah Henry of Scottish ethnicity and mother of Israeli ancestry. Similarly, James is brought up in Jewish religion.

He has not disclosed his siblings and education.

Stephen was a midfielder of the youth team at Brentford before his release in 2007. After that, he went into the youth system at the non-league club AFC Wimbledon.

Back in October 2007, he was called up to the Scotland U18 squad for a four-way international tournament in France. James made his international debut and started in the final match against the USA.

Stephen started modeling from September 2012 after being scouted in Barcelona by an Elite Model Management agent. Since 2012, he has been working as a successful model in Europe, North America, Australia, and Japan.

In the year 2017, he modeled for Madonna’s MDNA skincare range.

Similarly, he also makes earning from his barbershop and tattoo shop. He is the owner of shop Elijah.

Stephen is doing well in his career as a model. He has not been part of any big rumors and controversy.

Stephen James has brown hair and grey eyes. He is 6 feet 1 inch tall and weighs around 84 kg.

He has tattoos all over his body excluding his face. Similarly, he has inked goddess Kali on his torso. Also, he has pierced several parts of his body.

He is active on Facebook since 8th October 2013. Similarly, he is following Julien Boudet, Diddy, Giulliano Puga, Guy Berryman, Grant Cardone, David Haye, and others.