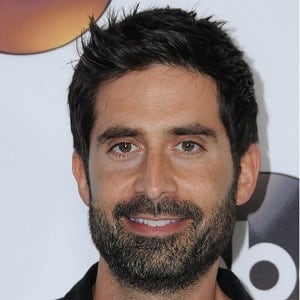 Stephen Schneider is a married man. He is married to Canadian-American actress Jenn Proske. The pair married on 26 May 2013. They have a daughter together from this relationship. Furthermore, the marriage is going strong as there is no news regarding any extramarital affairs at present.

Who is Stephen Schneider?

Stephen Schneider is an American actor. People mostly know him for his appearances in movies and television series like ‘All About The Washingtons’, ‘Broad City’, ‘You’re the Worst’, and ‘Bumblebee’ among others.

Schneider was born in Sharon, Massachusetts on August 9, 1980. He was born to parents Wendy Schneider and Norman Schneider. There is not much information available regarding his early life and childhood at present. Stephen is of American nationality. Furthermore, no information is available about his ethnic background. He has two brothers, Barry and Cory.

Schneider initially appeared in a short video ‘The Adventures of Slaters’s Friend’ as Slater in 2005.  Additionally, in the same year, he also made a brief appearance in the TV series ‘Google Current.’ In 2007, he had the role of a Janitor in the movie ‘Puberty: The Movie.’ In addition, he appeared in ‘Reality Hell’ and ‘2012: Supernova’ in 2009. Since then, he has appeared in several other movies and television series. All in all, he has over 25 credits as an actor.

Some other movies and television series that Schneider has appeared in include ‘Lucifer’, ‘Bumblebee’, ‘You’re the Worst’, ‘Imaginary Mary’, ‘Sharing’, ‘Gigi Does It’, ‘Chasing Life’, ‘Things You Shouldn’t Say Past Midnight’, ‘Mental Cases’, ‘Bert and Arnie’s Guide to Friendship’, ‘Save Me’, ‘Relativity’, ‘Mental Cases’, ‘Best Friends Forever’, ‘LoveFinder’, ‘Happy Endings’, and ‘The Funniest Movie Ever… Just Kidding’ among others. Furthermore, Stephen also has 7 credits as a writer, 2 credits as a director, and 6 credits as a producer.

Schneider has not been linked with any award nominations in his career.

Schneider has not revealed his current salary. In addition, there are no details available about his ethnic background at present.

Schneider has not been involved in any notable controversies in his career. Furthermore, at present, there are no rumors concerning his life and career.

Talking about his body measurement, Schneider has a height of 5 feet 11 inches (1.8 m). Additionally, his hair color is dark brown and his eye color is green.