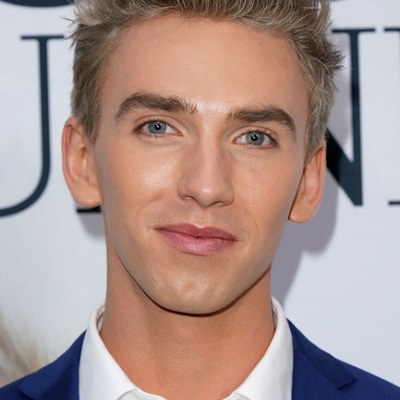 Previously, Stephen was in a relationship with Renata Erickson. They both spend quality time with each other. In April 2017, they were spotted in Washington Square Park. He used to upload several photos with his girlfriend on his Instagram.

He is a dog lover as well as a four-wheeler lover.

Who is Stephen Sharer?

He is well known for his self-titled Youtube channel, huge subscriber, and his Vlogs.

He is also a singer, as of August 10, 2019, Stephen released his official music video titled Jump In!

Stephen Sharer was born on March 1, 1998, in Washington, DC, United States. His birth sign is Pisces.

Stephen’s father is a lawyer and his mother is an artist.

His brother Carter and sister Grace also helped him in his YouTube channel.

Stephen has a self-titled YouTube channel with around 7.65 m subscribers and views in billions. She joined the YouTube community on February 27, 2006.

Stephen is Vlogger, Youtuber, and model. He posted a video about her lifestyle, share his wild stunts, science experiments videos and DIY videos as well as a combination of different interesting content. Therefore, every follower loved his work and want to see more videos.

Stephen collaborated with other media personalities and YouTube stars to make her videos more interesting. He mostly travels and vlogs with his fellow Youtuber Jimmy Olsson.

Stephen also featured his brother and sister in many of his prank and challenge videos.

His popular upload official music video titled Shared the Love has over 107 million views. This music video was released on August 20, 2017, on his YouTube channel.

Stephen has Instagram with 443 k followers. He already had above one-thousand posts on his Instagram wall. He follows the personality like Logan Paul, Tamra Judge, Parker Pannell, and Shawn Mendes.

Stephen is very fond of a four-wheeler and has many photos with different racing cars, jeep, Monster Truck, Spy Wagon on his Instagram post.

Stephen is working with Nerf, which is a toy manufacturing company. He promotes and helps this company to sell its goods and services. He has his own online business of graphic T-shirts and fashion-related material. You can also visit his online store at Stephensharer.com.

Stephen’s net worth is approximately $ 7 million US.

Stephen has blue eyes and auburn hair. His height is 5 feet 10 inches and weight is 65 kg.