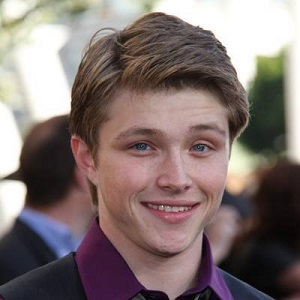 I don't usually get star struck, but I met Sir Paul McCartney randomly on Sunset Boulevard a few years ago, and I lost it! I couldn't breathe, I couldn't think, and I didn't know how to speak. It was crazy. He was nice enough to talk to my family and me for 10 minutes, but I remember babbling away about nonsense.

I'm definitely a romantic comedy dude because I'm a big romantic at heart. I'm a softy, so it's always nice to watch movies that make you think that love at first sight is actually possible.

I watch way too many VH1 reality shows like 'I Love Money' and 'Tough Love.'

Who is Sterling Knight?

Sterling Knight was born on 5 March 1989, in Hilton Head Island, South Carolina, USA. Sterling is an American by nationality, but his ethnicity is unknown.

His educational background is unknown to the media. Besides acting, Sterling enjoys playing music, playing sports, and interacting with fans. As a schoolboy, he heavily involved in his school’s theater productions.

Sterling began his career as a theater actor at a young age. He made his acting debut playing minor roles in Calm, Career Day, and Hi-Jinks. He got his first big break in an episode of Hannah Montana, playing Lily’s boyfriend Lucas in 2007.  After that, he appeared in two episodes of The Closer. The following year, he appeared in Out of Jimmy’s Head and Grey’s Anatomy.

From 2013 to 2015, Knight played the character Zander Carlson in the American sitcom television series Melissa & Joey. In 2015, Knight played the character Chris in the action crime drama film Landmine Goes Click. For his role in the film, he won the 2015 Monster Fest Award for Best Male Lead. He then had roles in the films Crowded and In the Rough in 2016. His movie The Man from Earth: Holocene is under post production.

Rumors were that Knight had a plastic surgery a long time ago. He later posted a video on YouTube saying that he didn’t get any plastic surgery. In late 2012, he became a part of a controversy when he posted his naked photos on social media.

Sterling has an athletic body with the height of 5 feet 9 inches and weight is 74 kg. His eye color is blue and hair is blond. His chest, biceps and waist size is 43-14.5-33 inches.