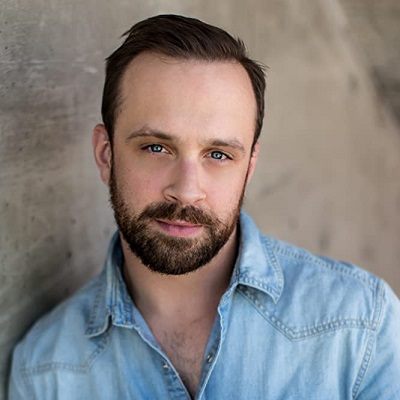 Steve Bradley is married to Laci J. Mailey. His wife is an actress by profession. She is renowned as Jeanne of the movie, Falling Skies.

They first met each other in the Vancouver Film School’s acting program. Later, the couple started dating each other. On the 28th of July 2016, the couple got married to each other.

As of now, they are leading a happy married life with no rumors of separation.

Who is Steve Bradley?

Canadian Steve Bradley is an actor and producer. He is renowned as Jesse of The Walls.

Currently, his production project, Mary Jean Remembers is in the stage of post-production. Also, his short, Bury is completed and waiting to be released.

Steve Bradley was born on the 18th of February 1985 in St. John’s, Newfoundland. He is of British-Scottish ethnicity with Irish roots.

His father, Gary Bradley is an electrician by profession whereas his mother, Jacqueline Mary is a Director of Operations.

Talking about the educational background, he attended St. Edwards Catholic School. Later, he joined Queen Elizabeth School. At the age of 19, he left Newfoundland and moved to Alberta, Canada. At the time, he used to work in a drilling rig.

Moving forward, in 2008, he joined Vancouver Film School and completed an acting program.

After graduating from film school, Steve Bradley started his career in the theatre. At the time, he attended the plays like Diving Normal, Fake Wigs, and The Nightmare Before the Nutcracker.

In 2010, he debuted in series with the TV series, Smallville. The following year, he appeared in the short, My Guitar gently Weeps.

In 2015, he featured the short, The Wall. In the short, he portrayed the character of Jesse. For the role, he received Award of Excellence by Southern Shorts Awards. Also, for the short, he was nominated for Best of Show and Best Actor Award at Terror in the Bay Film Festival too.

The same year, he portrayed the character of Pete in White Raven. As of now, he is focusing on his acting career. Hence, he is attending The Actors Workshop in Vancouver. Also, his mentor happens to Aaron Craven. Besides that, he is also engaged with the acting schools like Lesly Kahn & Co. and Grounding in Los Angeles.

In 2011, he debuted as a producer with the short, My Guitar Gently Weeps. The following year, he producer the series, Revel. In 2015, he got associated with the movie, White Raven as an associate producer.

As of 2020, he has an estimated net worth of $1 million. As an actor, his earnings are in the range of $20k to $215k. Apart from that, he also makes through his production works too.

As of now, he has managed to maintain his dignity as an actor. Till the date, he is not involved in any sort of controversy and rumors that created headlines in the media.

Besides that, there are no rumors linking with the actor.

Steve Bradley has blue eyes with black hair. He stands at a height of 5 feet 10 inches and weighs around 75 kg.

Talking about his appearance, he has sharp looks with an oval-shaped facial structure.

You may also read the bio of Max Walker, Ron Bottitta, and Michael Cassidy.