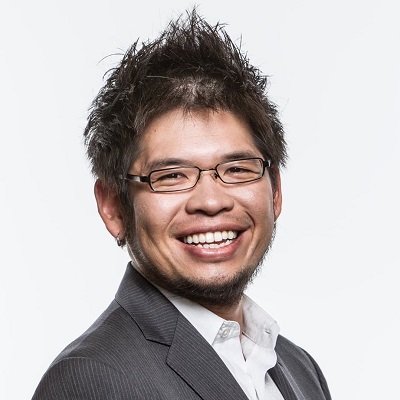 What is the relationship of Steve Chen?

Steve Chen is happily married to Park Ji-Hyun. His wife, Park is the product manager of Google Korea. Park is now known as Jamie Chen. Park is also a trustee of the Asian Art Museum of San Francisco.

The couple married in 2009. Also, Park is a Together, the couple is blessed with two children. The eldest child of the couple was born in July 2010.

Being a protective parent, they have not shared any details on their children. However, he shared a picture of his children during cycling on Instagram.

Who is Steve Chen?

American Steve Chen is an Order of Lincoln Honored Internet Entrepreneur. He is renowned as the co-founder and chief technology officer of YouTube.

Also, he is the founder of the video-sharing service, MixBit.

Steve Chen was born 25th of August 1978, in Taipei, Taiwan. His born name is Steven Shih Chen. He is of Far-East-Asian ethnicity with Chinese roots.

As of now, he has not shared any details on his family background including his father, mother, and siblings. However, his family migrated to the United States when he was just eight years old. After that, his family settled in Prospect Height, Illinois.

Talking about his educational background, he completed his Middle education at the River Trails Middle School in Mount Prospect. Moving forward, he joined the John Hersey High School in Arlington Heights for his first year.

After that, he attended the Illinois Mathematics and Science Academy in Auror from his sophomore year. However, he didn’t graduate from the University. Later, in 2002, he graduated from the University of Illinois at Urbana Champaign with Honors in computer science.

Steve Chen started his professional career with PayPal where he met the media mogul like Chad Hurley and software engineer, Jawed Karim. Moving forward, he got employed on Facebook.

However, he left Facebook to start the video-sharing company, YouTube along with Chad and Jawed. Also, he was the chief technology officer of YouTube. The following year, he was named of the 50 people who matter now in Business by the magazine, Business 2.0.

On October 16, 2006, he sold YouTube to Google. After that, he and Hurley started the internet company, AVOS System along with Vijay Karunamurthy. Later, in April 2011, they made their announcement that they purchased the social bookmarking web service, Delicious.

In August 2013, they released the video-sharing service, MixBit first on iPhone and Android in October. Moving forward, in May 2014, they sold Delicious to Science Inc. In 2017, he started the food network, Nom.Com along with Karunamurthy which was shut down in 2017.

How much does Steve Chen earn?

Steve Chen has black eyes with black hair. He stands at a height of 5 feet 7 inches and weighs around 81 kg.

As of now, he has not been through any sort of controversy and scandals that created headlines in the media. Besides that, he has managed to maintain distance from any type of rumors.