He hasn’t shared anything about his love life in the media.

It is not known whether he is single, married, or already divorced. 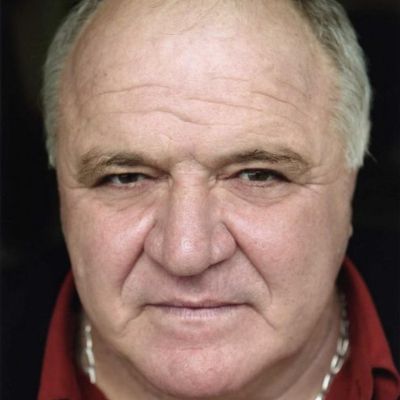 Who is Steve Eastin?

Presently, he is filming in an upcoming Western crime drama film, Killers of the Flowers Moon which is set to be released in 2022.

The actor hasn’t yet disclosed his parent’s identity in the media.

He holds American nationality whereas he is a descendant of the D’Estaing family of France.

Talking about his academic background, he received a bachelor’s degree in English Literature Ed. and Psychology from the University of Northern Colorado.

At the age of six, Steve began his acting career at his local theater. He then received his Actors Equity card at 16 for appearing in two musicals directed by Oscar Hammerstein Jr.

While attending the University, he appeared in several plays including The Little Theater of the Rockies alongside Nick Nolte.

After graduation, he received a fellowship to teach at the University of Arizona, where he appeared in his first SAG role opposite Clint Eastwood in Joe Kidd.

In 1972, he got his first major role in a Western film, Joe Kidd as Rider. In 1974, he moved to Los Angeles and enrolled in the Charles Conrad Studio.

That year, he made his television debut through the television film, Night Games in the role of Airline Officer. He then guest-starred in numerous television series like Petrocelli (1974-1976), Wonder Woman (1976), Little House on the Prairie (1977), Mulligan’s Stew (1977), The Six Million Dollar Man (1978), and ABC Afterschool Special (1978), and more.

Eastin then founded his own acting school, the Steve Eastin Studio in 1991. Furthermore, his other notable films and television series are,

Steve might have accumulated an impressive amount of fortune throughout his successful career.

However, his net worth, salary, and other earnings are still under review.

The actor hasn’t been part of any sort of rumors and controversy that create a huge buzz in the media.

He has managed to maintain a clean profile to date.

Talking about Steve’s physical appearance, he has a dark brown pair of eyes and grey hair color.

His height and weight aren’t available in the media.

He is not active on any social networking sites.