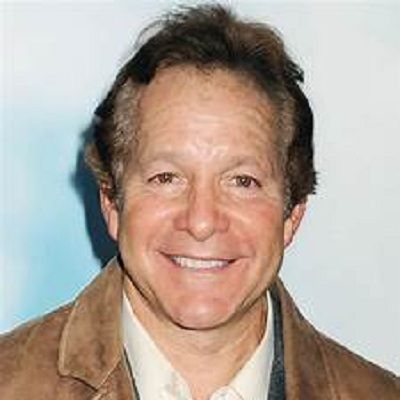 When you have nothing to lose, the sky's the limit

When people are nasty, it gets everybody's attention, and it gives them a name.

On September 30, 1988, Steve Guttenberg married model, Denise Bixler. Due to complications and misunderstandings, the couple got separated in the year in 1992. Since 2014, he has lived with WCBS-TV reporter Emily Smith.

Who is Steve Guttenberg?

Steven Guttenberg is an American actor and author. He is also a businessman, producer, plus director. He starred in 1984’s Police Academy. In the 1980s he went on to perform in lead roles in Hollywood films including Cocoon, Three Men and a Baby, Three Men and a Little Lady and Short Circuit.

He was born on born August 24, 1958, in  Brooklyn, New York City, U.S. His mother’s name is  Ann Iris who is a surgical assistant. Steven’s father’s name is Jerome Stanley Guttenberg who is an electrical engineer. There is no information about his siblings.
He belongs to American nationality. His ethnicity is Ashkenazi Jewish.

In 1976, he graduated from Plainedge High School. During high school, he attended a summer program at the Juilliard School where he studied under John Houseman. There, he won a role in an off-Broadway production of The Lion in Winter. After his high school graduation, he attended the State University of New York (SUNY) at Albany for a year.

Guttenberg’s film career has crossed four decades. He has been an actor, director, writer and producer. Guttenberg started his film career from 1997. He played in Rollercoaster and had his first screen credit in the TV-movie Something for Joey (1977).

He also played a movie based on the Ira Levin bestseller, and guest-starred on the show Family appeared in the 1978 film The Boys From Brazil. In 1979, he starred in the short-lived TV series Billy, based on Billy Liar. Guttenberg had a supporting role in the tennis romance film Players in 1979. I

Furthermore, he starred in the TV-movie To Race the Wind in 1980, playing blind lawyer Harold Krents. The same year he starred in the Nancy Walker which was directed Can’t Stop the Music, a semi-autobiographical movie about the disco group Village People.

In 1981, he played Jim Craig in another true life-inspired TV-movie, Miracle on Ice. Guttenberg appeared in Barry Levinson’s Diner in 1982 and then starred in another short-lived TV series No Soap, Radio (1982). He starred in the action-comedy The Man Who Wasn’t There in 1983 and had a supporting part in the television movie The Day After in a similar year. Guttenberg starred in The Ferret in 1984, a pilot for a TV series that was not picked up.

Moreover, he involved in Police Academy, Cocoon and Short Circuit from 1984-1987. He had the biggest financial success of his career to date with Three Men and a Baby in 1987 with Tom Selleck and Ted Danson. However. his movie 3 Men and a Little Lady was a hit in 1990.

He directed “Love Off Limits” for CBS Schoolbreak Special in 1993 and starred in The Big Green (1995) in England. He was among the ensemble in Home for the Holidays (1995) and starred in It Takes Two (1995) with Kirstie Alley and Mary-Kate and Ashley Olsen. In the late 90s, he made some action films, Airborne in 1998 and Overdrive in 1998 and the comedy Home Team in 1998.

In May 2012 he published A Memoir The Guttenberg Bible by  Thomas Dunne Books, The Kids from D.I.S.C.O in September 2014. In this way, he played different roles in different movies and On September 3, 2018, he told a fan on Twitter that a new Police Academy film was being planned.

The 2008 Tony Randall Lifetime Achievement and the sixth-annual Fire Island Golden Wagon Film Festival honored Guttenberg with Award for his work in the entertainment industry, as well as his community service efforts. Guttenberg received a star on the Hollywood Walk of Fame on December 12, 2011.

The star is located at 6411 Hollywood Blvd. On October 19, 2014, Guttenberg received Fun Paw Care for his work and a key to the city from Miami Beach Mayor Philip Levine with raising awareness for animal rights.

He has a  net worth of $15 million. His primary income source is Acting and Comedy. Currently, We don’t have enough information on Monthly/Yearly Salary, etc.

There are rumors that he will star as comedian Tony Martin in a movie which was adapted from Martin’s book, A Nest of Occasionals. Many of the gay rumors surrounding Steve Guttenberg (Police Academy) seem to be tied to his manic attention to his body, like most actors. However, the poll suggests that a big mass (68%) of respondents don’t believe that he’s gay.