Steve Hewitt is the lead vocalist of his band, Love Amongst Ruin. He is marriedHewitt is also a songwriter and record producer

The relationship status of Steve Hewitt is probably married. He has kept his romantic life low-key.

Hewitt has a daughter and had a second child in early 2010.

He is also not very active on social media.

He is passionate about music and is more focused towards it. 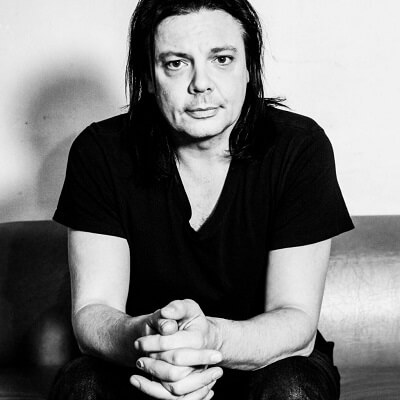 “This summer, I will be mainly on tour with LYS for their 10-year anniversary tour. Niko [lead singer-songwriter and guitarist] asked me back in December to come and play drums with him. I accepted and here we are.” “There’s no secret. What makes for an awesome show is simple: we all enjoying playing together. Now, the music is becoming even more powerful the more shows we do, so I’m just really enjoying my time with the band. We are having a lot of fun and playing some great shows together.” “So, most of the summer is taken up with touring, and then I will probably take my family away for a holiday

then I will return to the studio. I will have some new Love Amongst Ruins [Steve’s main recording project] records to release and hopefully, LYS will have another album to release….”

Who is Steve Hewitt?

The English musician Steve Hewitt is the lead vocalist of his band, Love Amongst Ruin.

Hewitt is also a songwriter and record producer.

He is well known for his work as a drummer for the English rock band, Placebo from September 1996 to October 2007.

He is of Mixed(English, Welsh, and Scottish).

He attended Weaverham High School, Weaverham, Chesire, England. From school days, he was active in musical kinds of stuff like drumming and performing.

During school days, he worked as a picture framer and upon leaving school he trained to be a race car engineer. Then he worked in a pit crew with Williams Racing, a British formula one motor racing team and constructor.

Professional Career as a Drummer

At the age of 17, Hewitt joined Breed for a German tour. Following the completion of the tour, Hewitt joined The Boo Radleys on a temporary basis and played on the band’s 1990 debut album, Ichabod and I.

Hewitt rejoined Breed in 1991 and played on the albums Grin in 1991 and Violet Sentimental in 1993. While in Breed, Hewitt also played for houses act K- Klass.

Breed’s split in 1996 so, Hewitt accepted the invitation to join Placebo permanently. The first official Placebo release to feature Hewitt was the “Pure Morning” single, released in August 1998. Hewitt drummed and contributed to the songwriting on subsequent albums Black Market Music (2000), Sleeping with Ghosts (2003), and Meds(2006) with the band.

Hewitt formed Love Amongst Ruin in 2007. On 13 September 2010, The band released its self- titled debut album. Hewitt wrote and recorded the band’s second album Lose Your Way with Donald Ross Skinner in 2011 and 2012, but the album was withheld from release until 27 June 2015.

Hewitt was announced the band Six by Seven’s new drummer in August 2012. The band entered Moles Studio in Bath in January 2013 to record the band’s seventh album. The album, titled Love and Peace and Sympathy, released on 16 April 2013.

As executive producer, Hewitt and Paul Corkett oversaw the production of six songs on Lys’ 2013 debut album Go Your Own Way. He worked on Lys’ 2015 sophomore album Rebud in 2015 and has been a regular guest at the band’s live shows.

In 2010, Hewitt joined songwriter/producer Brandon Reed as a collaborator on Reed’s Polaroid Kiss project and played on the albums The New Coliseum (2013) and Youth (2015). In 2013, he produced the entirety of Italian band Spiral 69’s third album Ghosts in My Eyes. As of May 2015, Hewitt was recording and producing pop singer DéDé and recording drums for Paul Draper’s solo album.

How Much Does Steve Hewitt Earn?

The 49 years old drummer has a net worth of around $1 million- $5 million. Much of his earnings come from his music career.

Hewitt has brown eyes with shoulder-length brown hair. He is about 5 feet and 7inches tall.

You may also know about the body measurements, net worth, and early life of Hugh McDonald, Billy Squier, and Jason Falkner.