Steve Kazee has been in a relationship with Jenna Dewan since 2018. She is an American actress, dancer, and producer by profession. The duo is soon expecting their first wife together.

They came into the limelight when two were spotted holding hands and kissing in a restaurant in California.

Previously Kazee has been in a relationship with singer Christina Perri, an ESPN host Michelle Beadle, and actress Megan Hilty. 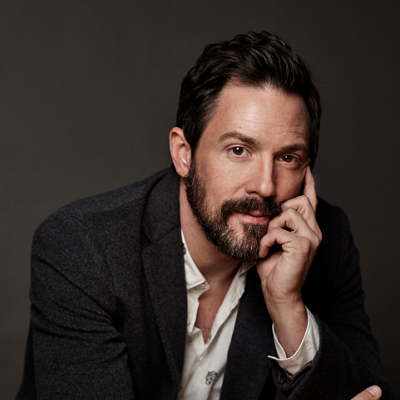 ''When you start hiding things away, that's when the darkness creeps up. Sunlight is the best disinfectant.'' ''I think we all have demons, but my demons aren't that bad. They're productive demons. They keep me focused on the man I want to be and the life I want to live.'' ''Social media is its own sort of thing: Twitter and Facebook have changed the way everyone perceives everything.'' ''All I ever wanted to do was be on Broadway. I mean, remember, I grew up in a trailer.'' ''The thing is that I'm an actor first, and in 'Once,' I was able to be a musician and a singer as well as an actor.''

Who is Steve Kazee?

Steve Kazee is an American actor and singer.

He won the Tony Award (2012) for Best Performance by Leading Actor in a Musical for Once and Grammy Awards (2013) for Best Musical Theatre Album. He provided vocals for the song “A Thousand Years, Pt. 2,” by Christina Perri.

The early life of Steve Kazee

Steve Kazee was born on October 30, 1975, in Ashland, US. He graduated from Fairview High School and Morehead State University.

He moved to New York City in 2002 and received his MFA from the graduate acting program at NYU’s Tisch School of the Arts.

n 2006, Kazee played Dumas Shepherd in an episode of the television series Conviction. He appeared as Michael Barlow in Medium and Mark Green in Numbers in 2007.

In 2008, he appeared on NCIS as Michael Locke. In 2009, he played Dominic Humphreys on CSI: Crime Scene Investigation. Kazee had a starring role in the WorkingClass (2011) as Nick Garret.

In 2013 he appeared on Elementary as Jeff Hines and on Drop Dead Diva as Dustin Waycott. In 2015, he played Gus Pfender in a recurring role in seasons 5 and 6 of Showtime’s series Shameless.

A career in Theatre and Films

He is a successful actor in the film industry. His net worth is estimated to be $2 million.

You may know about the net worth, body measurements and the early life of Robert Wagner, Huang Xiaoming, and David Morse.