Steve Lund is a Canadian actor who appeared in Street Legal. Steve has a very close relationship with his family members. He loves his parents and sister. He also likes to travel. 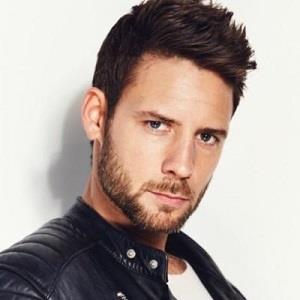 Come out to the alps, we’ll get together, have a few laughs.” Merry Christmas from, Les Lunds

The Life of a Sailsman is Mastochistic.

He loves dogs and has a bichon frise one named Princess Chloe.

Who is Steve Lund?

Steve Lund is a Canadian actor. People recognize him for his role as Nick Sorrentino in the TV series ‘Bitten’. Additionally, he has appeared in other TV series including ‘Good Witch’, ‘The Art of Us.’

He is also a part of the Hallmark Channel Original Movie “The Christmas Cottage.”

In 2019, Steve appeared in the legal drama series, Street Legal.

He is the son of Mike Lund, father and Chickie Lund, mother. He has an elder sister, Chelsea Lund and a younger sister, Coco Lund. Chelsea is an entrepreneur and owns a food business, rollwithitHFX.

He was interested in the world of show business from an early age. He is of Canadian nationality.

Steve Lund initially moved to Toronto to pursue a career in acting. In 2009, he appeared in the short horror ‘End of Message’. In 2011, he successfully landed the role of Stewart in the TV series ‘Yukonic!’.

Next, in 2011, he appeared in ‘Alphas’ as David Burton. Similarly, Lund also appeared in the TV series ‘Being Erica’ in 2011. Since then, he has appeared in numerous other movies and television series. All in all, he has over 25 credits as an actor.

Some other movies and television series that Lund has appeared in are ‘Frankie Drake Mysteries’, ‘Schitt’s Creek’, ‘Secret Millionaire’, ‘The Christmas Cottage’, ‘Reign’, ‘Good Witch’, ‘Christmas Incorporated’, ‘Haven’, ‘The Golden Ticket’, ‘Defiance’, ‘Beauty and the Beast’ (TV Series), ‘Hemlock Grove’, ‘Suits’, ‘Blue Mountain State’ and ‘Lost Girl’ among others.  He has not been linked with any award nominations in his career.

Lund has not revealed his current salary. However, he has an estimated net worth of around $4 million at present.

There are several rumors which suggest that Lund is bisexual. The rumor, however, remains a rumor as there is no proof as of yet. Also, there were rumors that he is having an affair with an actress, Tommie-Amber Pirie.

Talking about his body measurement, Lund has a height of 6 feet 3 inches (1.91 m). Additionally, his hair color is Brunette and eye color is blue/green.

Steve Lund is active over social media. He has a huge number of followers on social networking sites such as Facebook, Twitter as well as Instagram. He has more than 20.4 k followers on Twitter.