Steve Rider is a sports presenter from the UK. He is married since 1982 and has two children. 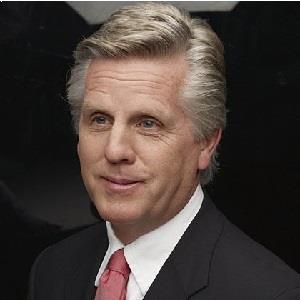 The match will be shown on Match of the Day later this evening and if you don't want to know the result look away now as we show you Tony Adams lifting the cup for Arsenal.

What is the relationship of Steve Rider?

Steve Rider married Jane Eydmann in November 1985 in Camden. They have two children from this marriage, a son (born November 1989) and daughter (born September 1992).

They live in Maidenhead and have a second home in East Portlemouth, Devon. The marriage seems to be stable as there are no rumors regarding any extramarital affairs of the couple.

Who is Steve Rider?

Steve was born in Dartford, the United Kingdom on April 28, 1950. His ethnicity is English.

Most of his personal information regarding his parents and siblings is not on the internet database.

He attended the John Roan Boys’ Grammar School on Maze Hill in Blackheath. Information regarding his further education is currently not available.

After working for ITV Sport for several years, providing reports for the World of Sports program, and reporting from the 1980 Summer Olympics, Steve Rider joined BBC Sport in July 1985, taking over from Harry Carpenter on the network’s Sports Night program, which he presented for six years.

While his time on BBC, he was part of several programs such as Grandstand, BBC Sports Personality of the Year, and much of the BBC’s motorsports, rugby, and golf coverage. He anchored the coverage of the University Boat Race until 2005, and every Olympic Games between 1988 and 2004. He was later part of the coverage of the World Rowing Championships in Japan in the autumn of 2005.

After BBC, in September 2005 it was reported that ITV had secured Steve’s services and he would replace Jim Rosenthal from 2006 onwards to present coverage of Formula One.  He was then chosen as the main presenter of ITV’s coverage of the 2006 World Cup and remained in that role until Adrian Chiles’s arrival as the channel’s main football anchor in May 2010.

Steve left ITV Sport on 12 May 2010 but continued to present coverage of the British Touring Car Championship and other projects. His major work was as the main presenter of the Rugby World Cup 2011. He joined Sky Sports to present F1 Legends for Sky Sports F1 in December 2011.

Steve has won the Royal Television Society’s ‘Sports Presenter of the Year’ award two times and he also won a BAFTA TV award for ITV’s coverage of the 2008 F1 Brazilian Grand Prix.

He has earned a decent sum of money and his net worth is estimated to be $120 million as of 2022.

Steve has not been involved in any notable controversies in his career and has been successful in maintaining a good public image.

Steve Rider is 6 feet tall and weighs 78 kg. His hair color is gray and his eye color is blue.