Steven Schirripa is an American actor, producer, author, and voice artist. He is best known for portraying Bobby Baccalieri on The Sopranos and Detective Anthony Abetemarco on Blue Bloods. 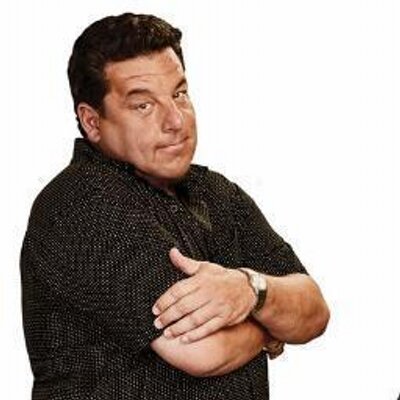 There's no such thing as quality time

Everybody thinks they have the answer to how to be a good parent. Here's mine: Everybody's gonna make mistakes.

Kids don't come with an instruction manual. So if you're gonna make mistakes, at least make them your own way.

Steve Schirripa is a married man. His wife is Laura Lemos and they married on April 22, 1989. The couple is blessed with two kids, both daughters Bria and Ciara but their birth of date is missing.

Who is Steve Schirripa?

Steve Schirripa is an American actor, producer, author, and voice artist. He is well-known for portraying Bobby Baccalieri on ‘The Sopranos’ and Detective Anthony Abetemarco on ‘Blue Bloods’.

He was born on September 3, 1957, in Bensonhurst, Brooklyn, the United States. His horoscope is Virgo. He was born to Ralph Schirripa (father) Italian American and his mother Lorraine Schirripa of Jewish descent.

Similarly, he is the grandson of Ilario Schirripa and Maria Capacci, both from Riace, Italy. Steve holds American citizenship but his ethnicity is American- Italian-Jewish.

He began his career as an entertainment director of the Riviera Hotel and Casino. Then, she appeared in a small role in comedy specials by Drew Carey and Kevin Pollak, among other comedians. However, that role led him to the uncredited extra role in Martin Scorsese’s Casino.’

Moreover, he played small roles in ‘The Runner’ in 1999 and ‘Joe Dirt’. He came into the limelight after his performance in ‘The Sopranos’ in 2000, playing the role of Tony Soprano’s mobster brother-in-law Bobby Baccalieri for five seasons.

He made his appearance on the game show Million Dollar Password on CBS’s. Similarly, he made his presence in another game show Pyramid. He appeared for Total Nonstop Action Wrestling, on Spike TV, siding with Team 3D as their cousin in their ongoing battle against The Latin American Xchange in February 2007.

Moreover, he appeared on, The Podge and Rodge Show on October 30, 2007, and appeared as a celebrity judges for “Steve the Judgmental Bastard” on The Tonight Show. He played the role as s Leo Boykewick, Ben’s dad in the ABC Family show, The Secret Life of the American Teenager from 2008 to 2012.

Apart from acting, he is an author too. Steve wrote a series of books starting with A Goomba’s Guide to Life in 2002. He also co-authored with Charles Fleming in 2003 with The Goomba’s Book of Love.

Steve and Fleming collaborated on two book story about Nicky Deuce, a suburban teenager who is sent to visit his grandparents in Brooklyn.

He won an Award of Merit in the category Feature Film for ‘Jordon Saffron: Taste This!’ in 2009. Also, he won Screen Actors Guild Awards in the category Outstanding Performance by an Ensemble in a Drama Series in 2008.

He has a net worth of $6 million and he has accumulated that sum of money from his career. But his salary and income are under review.

Steve Schirripa has a height of 6 feet 1 inch and his hair color is black and the eyes color is brown. But, his weight, shoe size, dress size, etc. are under review.

To know more about Jonathan Scott, Carly Hughes, and Paige Wyatt, please click on the link.