Steve Talley is an American actor. He is married. 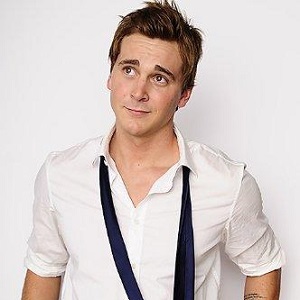 What is the relationship of Steve Talley?

Steve Talley has been married twice in his life. His first wife was Lindsay. The couple got married on 29 December 2001.

They together had a daughter named Julia Talley. The couple separated after a few years of their marriage. There is no exact date of their divorce.

After that, he stayed single for several years, Steve got married for the second time to the beautiful American actress Lyndon Smith.

The couple got married on 4 July 2015. Steve and Lyndon have been married for almost two years now and their relationship is going very well.

Who is Steve Talley?

Steve Talley is an American actor. He is best known for his role as Greg Bess in the Hallmark TV film, Beyond the Blackboard (2011).

He is also famous for his role as Zack in the TV series Pretty Little Liars (2012-2014). Talley also had roles in the teen comedy films, American Pie Presents Beta House and Hole in One.

Steve Talley was born as Steven D. Talley on 12 August 1981, in Indianapolis, Indiana, USA. There is no information about his parents.

He has not revealed any information about his childhood life. He usually doesn’t talk about his private life in media and in public.

Talley prefers people to focus on his work rather than his personal life. His nationality is American but his ethnicity is undisclosed. He was educated at Avon High School in Avon, Indiana.

Steve Talley’s Career and  Net Worth

Steve began his acting career in 2002 with a minor part in the daytime soap opera As the World Turns.

After that, he appeared as Bryce in three episodes of the drama series Summerland between June and July 2005.

The following year, he made a guest appearance in the drama film Peaceful Warrior and on the sitcom Twins. He rose to fame when he portrayed Dwight Stifler in American Pie Presents: The Naked Mile in 2006.

The following year, he again starred as Dwight in American Pie Presents: Beta House. In 2009, he played the character Dirk Arnold in Van Wilder: Freshman Year.

Throughout his successful acting career, he has accumulated a net worth of 1.5 million dollars as of 2022.

He has dark brown hair color and his eye color is also brown.