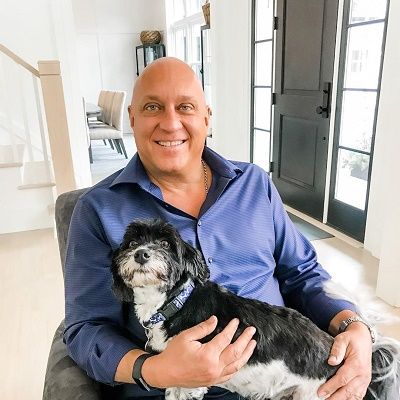 Steve Wilkos is married to television producer Rachelle Consiglio in 2000. This couple together has two children: daughter Ruby and a son Jack.

Who is Steve Wilkos?

Steve Wilkos is an American TV personality, talk show host, a veteran of the United States Marine Corps, and a former law enforcement officer. He is best known for hosting The Steve Wilkos Show.

This Tv personality was born on March 9, 1964, in Chicago, Illinois, the United States with the star sign Pisces. As of 2021, he is 57 years old. The birth name of this host is Steve John Wilkos. The name of his mother is Jeanette, a beauty school instructor, and his father is Stanley, a former police officer.

Steve has three siblings. He is of Polish, Hungarian, Czech, and German descent.

This host joined the United States Marine Corps in October 1982 and was discharged in March 1989. The next year he joined Chicago Police Department where he was stationed at various times in Logan Square, Chicago.

Wilkos was hired by the producers of The Jerry Springer Show other off-duty police officers to work part-time for the show as for security guards. He enlisted several fellow officers for the job and in 2004, he retired from the force.

According to the Entertainment Daily, Steve was a professional wrestler with the Maryland Championship Wrestling. He appeared as a guest on a restaurant reviewing program Check, Please! in 2005.

He appeared on Dancing With The Stars in 2006 and later Springer enlisted him to substitute for him each Monday. Wilkos also appeared in the TV series including Between Brothers, The Wayans Bros, and films Austin Powers: The Spy Who Shagged Me.

On September 10, 2007, Steve started hosting a talk show The Steve Wilkos Show at NBC Tower in Chicago which received high ratings. He is popular for his abrasive approach to solving disputes.

Earlier, Steve also served as host in The Jerry Springer Show on more than 50 episodes.

Steve Wilkos: Salary and Net Worth

The average salary of a TV host is $64,000 per year. Meanwhile, according to some sources, the estimated net worth of Steve is $6 million.

He shares around a 5,362 square-foot mansion with 11-rooms and is three-storeyed with his family in Connecticut worth $1.8 million.

He has his own website stevewilkos.com with a current value of $16, 300.

He was charged with drunk driving for being involved in a rollover crash near his home on January 21, 2018. Later, his charges were dismissed upon completion of an education and treatment program.

Steve Wilkos is 6 feet 3 inches tall and weighs 85 kg with hazel blue eyes. He has a bald head.

Steve has around 65 K followers on Twitter and 322 K f0llowers on Instagram. Although, this TV personality is not active on Facebook there are many fan pages made by his well-wishers. He has his own website.

There is a page of his The Steve Wilkos Show with over 3.7 million followers.