Updated On January 29, 2023 | Published By: Leena
Share this
Married 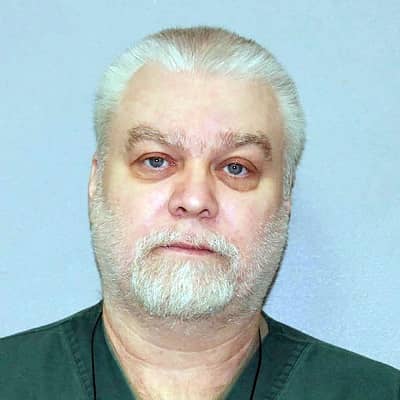 What is the relationship of Steven Avery?

Steven Avery might be possibly single. There is no exact information regarding his marital status.

Steven was married to Lori Dassey on July 24, 1982. Together they had four children, Jenny, Rachel, Steven Jr, and William. Later, in the year 1988, the pair decided to part ways.

After his divorce from Lori, he was in a romantic relationship with Jodi Stachowski, Sandy Greenman, and Lynn Hartman.

Who is Steven Avery?

Steven Avery is an American convicted murderer from Manitowoc County, Wisconsin, who was wrongfully convicted of sexual assault and attempted murder in 1985.

Steven Avery was born to Allan and Dolores Avery in Manitowoc County, Wisconsin, in 1962, July 9. As of now, he is 59years old. Talking about his nationality, he holds an American identity.

His family has run a salvage yard on their 40-acre (16 ha) property outside of town in rural Gibson, Wisconsin, since 1965. Chuck, Earl, and Barb are Avery’s three siblings.

He went to public schools in nearby Mishicot and Manitowoc, where his mother claimed he attended an elementary school “for slower kids.” According to one of his attorneys in 1985, school records revealed that his IQ was 70 and that he “barely functioned in school.”

Avery, the subject of the hit Netflix documentary series Making a Murderer, was the victim of a wrongful sexual assault conviction in 1985, which led to him serving 18 years in prison. He was set free in September 2003 but was convicted of the murder of photographer Teresa Halbach in 2007.

Avery was convicted of burglarizing a bar with a friend in March 1981, when he was 18 years old. He was released on probation and ordered to pay restitution after serving ten months of a two-year sentence in the Manitowoc County Jail.

In late 1982, two men admitted that they threw Avery’s cat “in a bonfire and then watched it burn until it died” after Avery had poured gas and oil on it. Avery was found guilty of animal cruelty and sentenced to prison until August 1983.

A woman was brutally attacked and sexually assaulted while jogging on a Lake Michigan beach in July 1985. Avery was caught after the victim chose him from a photo lineup and then from a live lineup.

Despite the fact that Avery was forty miles away in Green Bay shortly after the attack – an alibi supported by a time-stamped store receipt and sixteen eyewitnesses – he was charged, convicted, and sentenced to thirty-two years in prison for rape and attempted murder. Higher courts rejected appeals in 1987 and 1996.

Recommendations included a revamped eyewitness identification protocol and new guidelines for interrogations of suspects and witnesses, and the collection and storage of material evidence. The recommendations were ultimately drafted into legislation that became known as the Avery Bill, which was passed and signed in October 2005, then renamed the Criminal Justice Reform Bill a month later after Avery was charged in the Halbach case.

Teresa Halbach, a photographer, went missing on October 31, 2005; her last alleged appointment was a meeting with Avery at his home near the grounds of Avery’s Auto Salvage to photograph his sister’s minivan that he was offering for sale on Autotrader.com.

Halbach’s car was discovered partially hidden in the salvage yard, and bloodstains found inside matched Avery’s DNA. Charred bone fragments discovered in a burn pit near Avery’s home were later identified as Halbach’s.

On November 11, 2005, Avery was arrested and charged with Halbach’s murder, kidnapping, sexual assault, and mutilation of a dead body.

Steven Avery was the only one of the Innocence Project’s 174 exonerees to be charged with a violent crime after their release as of May 2006. On March 18, Avery was found guilty of first-degree murder and illegal possession of a firearm and was acquitted on the corpse-mutilation charge.

He was sentenced to life in prison without the possibility of parole on the murder conviction, plus five years on the weapons charge, to run concurrently.

Avery was transferred to the Waupun Correctional Institution in Waupun in 2012 after serving five years at the Wisconsin Secure Program Facility in Boscobel.

On December 20, 2015, a petition titled “Investigate and pardon the Averys in Wisconsin and punish the corrupt officials who railroaded these innocent men” was created on a White House petitioning site. A White House spokesperson stated in a January 2016 response to the petition that since Avery and Dassey “Because they are both state inmates, the President cannot pardon them.

In this case, the appropriate authorities at the state level would need to issue a pardon.” Walker will not pardon Avery, according to a spokesman for Wisconsin Governor Scott Walker.

Steven Avery has an estimated net worth of around $500thousand. However, his exact income, salary, and earnings are not disclosed yet.

Steven Avery stands tall at a height of 6 feet and weighs around 98kgs. He has short white-colored hair and a beard.

Moreover, he has a fair skin tone with beautiful pair of blue eyes.

Steven is active on Instagram under the username @official_avery_dassey with over 10.8k followers. He has almost 11k followers on Twitter.