Steve Knight’s relationship status is married. His wife’s name is not revealed yet. They are blessed with three children whose name is also under review. 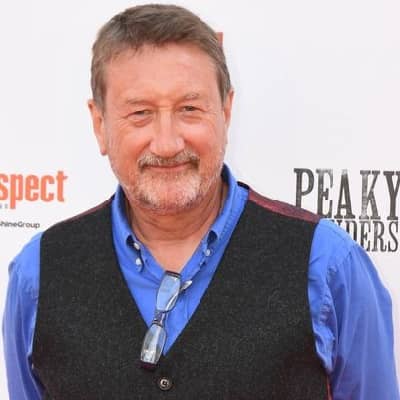 Who is Steven Knight?

Moreover, he is the screenwriter, executive producer, director, and creator of the popular British crime drama series, Peaky Blinders.

Steven Knight was born on 5 August 1959 in Birmingham, England. Currently, he is 62 years old.

He was the seventh child of Ida Knight and George Knight, a blacksmith. He revealed that his father used to tell him the stories of Peaky Blinders while he was young. Knight has at least 6 siblings whose names are under review.

His nationality is English. Talking about his education, Knight went to The Streetly School aka The Streetly Academy in Sutton Coldfield, the West Midlands on the outskirts of Birmingham.

Then he attended the University College London for his further studies in English.

Steven Knight started his career in 1989 when he wrote the screenplay for the entertainment show Commercial Breakdown.

Moreover, he screen-wrote various popular tv series including The Detectives, Who Wants to Be a Millionaire?, All About Me, Peaky Blinders, Taboo, See, and A Christmas Carol.

His first written movie was Gypsy Woman (2001) which is a romantic comedy film.

Likewise, some of his major nominations are Oscar and BAFTA Awards.

Furthermore, he was appointed as the Commander of the Order of the British Empire (CBE) in the 2020 New Year Honours for his services to the showbiz industry in Birmingham.

The estimated net worth of Steven is around $50M US. similarly, for a director, the income is around $139,199.

There are no rumors and Controversies surfacing about him on the internet.

Knight has a height of 6 feet 0 inches and weighs approx 76 kilograms. Likewise, he has charming green eyes and brown hair. His cute smile is a trademark.

Is Emma Watson getting married with William Mack Knight? Also know about the unbelievable acting on beauty and beast