Well known for his performance as Josh in The Originals series. 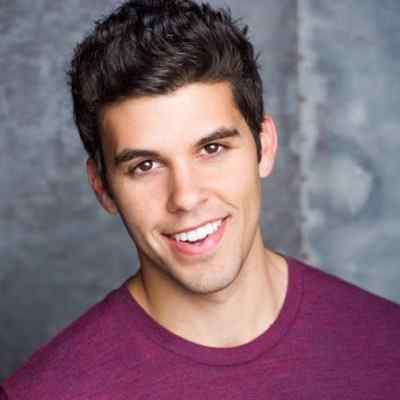 Steven is now single and isn’t involved in any kind of relationship.

He may be more focused on his career. Similarly, he hasn’t been in any relations in his past also.

Who is Steven Krueger?

Steven Krueger is an American actor and model. He is well known for his performance as Josh in The Originals series.

Steven was born on 25th May 1989 in Appleton, Wisconsin, the United States of America. He holds an American nationality and is of English descent.

He hasn’t disclosed his parent’s names. They get separated when Steven was only 10 yrs old. After that, he lived in Sarasota, Florida with his mother and his younger brother. His mother has always insisted on him for acting class.

Steven would perform various arts during his freshman year in high school.

Steven is a law student. He was a very academically sound student. Steven graduated from the University of Virginia.

Steven moved toward acting after completing his education. He debuted in movies shortly after moving to Los Angeles in late 2009. In his initial days, Steven worked in various guest stars and recurring appearances in notable television shows like Pretty Little Liars, Workaholics, Parenthood, and Two And a Half Men.

In the year 2013, Krueger played the recurring role of Josh on The Originals, The CW’s spinoff of the hit show The Vampire Diaries. The actor receives various appreciation for the role.  No sooner, he gets a promotion to the series and remained an integral part of the show until its final season in 2018.

After it, Steven received various projects and worked for a number of different television shows.  In Nov 2019 he became one of the cast members of the Showtime pilot Yellowjackets portraying Ben Scott. It was cast in 2020. Steven also played as Health on Roswell: New Mexico series in Season 3.

Apart from acting, he is also into directing and producing as well. As well as Steven is a very sporty person. He was a competitive tennis player for 15 years.

Similarly, Steven often spends a lot of time traveling around the US searching for outdoor adventures including mountain climbing and long-trek backpacking.

The actor must have earned a good amount from his acting career. He has a net worth of around $1 million.

TV starts working for the series received around $200 thousand per episode. And so Steven also must receive similar compensation.

The actor has stayed away from any sort of controversial news. However, as he portrayed the role of gay in The Originals series, there were various speculations that he is also gay but he is straight.

Steven stands with a height of 5 feet and 6 inches and his body mass is around 62 kg. Talking about his body appearances, he has an attractive personality with an athletic body type.

You may also read the bio of Michael Cassidy, John Finn, Joshua Bassett, and Max Walker.