Steven Levitt is an American economist. He is married and a father of two kids.

Steven Levitt has a beautiful wife named Jeannette. The couple had a son named Andrew who died at age one after being the victim of pneumococcal meningitis.

After the loss of their first child, the couple adopted Lily Levitt and Amanda Levitt who are originally from China. The couple gave birth to another son named Nicholas Levitt. 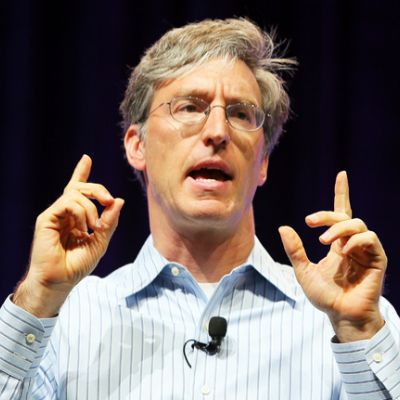 “Morality, it could be argued, represents the way that people would like the world to work, wheareas economics represents how it actually does work.”

“Don’t listen to what people say

watch what they do.”

“Solving a problem is hard enough

it gets that much harder if you’ve decided beforehand it can’t be done.”

Who is Steven Levitt?

Steven Levitt is an American economist. Steven Levitt has contributed to the social science disciplines which include political economy and science, sociology, the study of law, and economics of crime.

He is known to be a co-author of the top-selling book titled Freakonomics and its sequels (along with Stephen J.Dubner).  He earned John Bates Clark Medal due to his work in the field of crime.

His ethnicity is Caucasian and follows Christianity. His full name is Steven David Levitt and his birth zodiac sign is Gemini according to the horoscope.

No information is given about his parents and siblings. He went to St.Paul Academy and Summit School located in St.Paul, Minnesota.

He is the director of the Gary Becker Milton Friedman Institute for Research in Economics at the University of Chicago.

Under the age of 40, as the most active economist, he was awarded the John Bates  Clark Medal every two years recognized by the American Economic Association.

Levitt is also an author, who published his debut book titled “Freakonomics” in April 2005 alongside Stephen J.Duber which was a top-selling one.

Later, the authors began to write a blog dedicated to Freakonomics.

The professor has worked on numerous economics topics, like crime, politics, and sports, and more than 60 academic dissemination.

On crime, he examined the consequences of the prison population, accessibility of LoJack anti-theft devices, police hiring, and legitimacy of abortion on a number of crimes.

For the evaluation of the Forecast of the original 2001 paper, Levitt and Donohue published new articles in 2019.

The writers came to conclusion saying that “We estimate that crime fell roughly 20% between 1997 and 2014 due to legalized abortion.

The incremental impact of authorized abortion on offense is roughly 45%, accounting for a very substantial portion of the roughly 50-55% overall decline from the peak of crime in the early 1990s.”

According to celebrity net worth, the net worth of popular and talented professors, Steven Levitt is estimated to be around 10 million USD as of 2022.

No information about his detailed salary and monthly are provided to the media.

The body measurements including the height and weight of Steven Levitt’s are unknown to the media. Moving towards his physical appearance, he has pair of Black eyes and ashes blonde color hair.

Steven Levitt is a famous internet personality expert with a lot of social fan following. Steven Levitt has a Twitter account with about 10.5K followers. Similarly, he has an official Facebook page with 10.53K followers.