Steven Spielberg is an Academy Award-winning filmmaker, director, and producer. 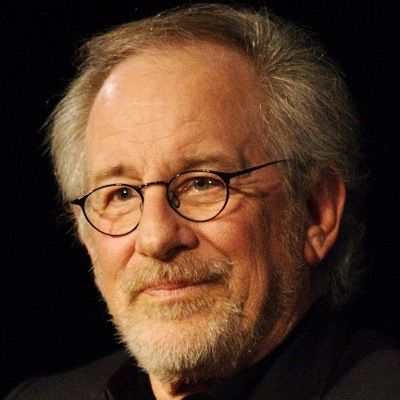 Every time I go to a movie, it's magic, no matter what the movie's about

All of us every single year, we're a different person. I don't think we're the same person all our lives

Steven Spielberg was in a relationship with a television star, Valerie Baternilli with whom this director shared a relationship for a year. Steven’s first wife Amy Irving with whom he had lived a married life for four years.

But both got divorced in 1989. The couple has one kid together, Max Samuel  Steven gave Amy a settlement of $100 million. Steven had a two-year affair with Sarah Miles, an English theater, and film actress.

Moreover, he got married to Kate Capshaw on 12 Oct 1991. Both are living a married life since then. The couple has five children together, 3 biological and 2 adopted.

Who is Steven Spielberg?

Steven Spielberg is an Academy Award-winning filmmaker, director, and producer known for some of the biggest Hollywood blockbusters of the late 20th Century and early 21st Century.

Notorious as one of the biggest names in Hollywood, Steven Spielberg is regarded as one of the most influential directors in the history of movie-making.

Steven Spielberg was born in Cincinnati, Ohio, the United Staes on December 18, 1946. His birth name is Steven Allan Spielberg and he is currently 73 years old.

As a child, Spielberg began directing his first short films. In the year 1958, as a Boy Scout, he received a photography merit badge for creating a 9-minute film called ‘The Last Gunfight’.

At the age of 13, Spielberg won a prize for his film ‘Escape to Nowhere’, a 40-minute film based on a battle in east Africa. Similarly, in 1963, he wrote and directed his first independent film, a 140-minute science fiction film entitled ‘Firelight’.

Talking about Steven’s education history, he attended ‘California State University Long Beach’, but dropped out in 1969 in order to pursue a career in the entertainment industry.

Talking about his profession, Steven Spielberg’s first film was a 26-minute production by the name of Amblin’, produced in 1968 when the budding film-maker was working as an intern at ‘Universal Studios’.

After impressing ‘Universal Studios’ with his first full-length assignment, an episode of ‘The Name of the Game’ called ‘L.A. 2017’, he signed a contract with Universal for directing four films. ’Close Encounters of the Third Kind’, both written and directed by Steven in 1977.

The talented filmmaker, Steven Spielberg directed ‘Raiders of the Lost Ark’ in 1981, the first movie in the Indiana Jones films starring Harrison Ford. Transitioning from adventure films to drama, this eminent director released Schindler’s List also in 1993. He directed ‘War of the Worlds’ in 2005, which grossed over $591 million worldwide, another huge box office success.

In the year 2015, Spielberg directed the movie ‘Bridge of Spies’. The film is based on the 1960 U-2 incident that occurred during the Cold War and starred Tom Hanks in the lead role. During 2016, Spielberg directed and co-produced a part-animated fantasy adventure film ‘The BFG‘.

The movie was released on July 1, 2016. His upcoming projects include a film adaptation of the popular sci-fi novel ‘Ready Player One’. The film is scheduled to be released on March 30, 2018.

In the year 1981, he founded ‘Amblin Entertainment’, an American film and television production company.

He has an estimated net worth of around $3.7 billion (as per 2020 data) and he has earned that sum of money from his professional career.

With this whopping amount, this filmmaker is living a lavish life. His career has earned him lots of fame and fortune.

There was a rumor that Steven Spielberg blocking Netflix from the Oscars. Currently, he is far from rumors and controversies.