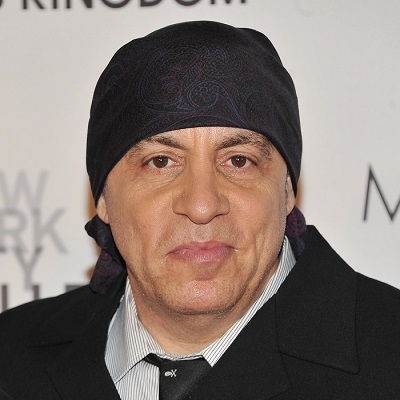 "I am having the experience two times in my life of doing something that makes New Jersey fashionable. What are the odds on that?" ''We lost Vinny Pastore [playing Sal 'Big Pussy' Bonpensiero] and that was the most difficult day up to that point. The only day on the set I can remember, you know, out of the whole ten years, where it was very uptight, a lot of tension on the set. I remember people yelling at each other and really pissed off, which you never saw. Why? Because we were losing Vinny. He was a beloved friend of ours, and you're not going to see him anymore.'' ''I had to go on one of those nationally syndicated shows the next morning, so I heard from the whole country how upset they were. So I just started asking people, Okay, what's your ending? Does the family get wiped out? Is that what you want? You want the kid to get killed? Tony, to get killed? The wife? Okay, so what? And nobody could really say. I said, 'I'll tell you exactly what happened. The director said cut, the actors went home. That's what happened.' It's a TV show. It's a fucking TV show, okay?''

What is the relationship of Steven Van Zandt?

They got married on December 31, 1982, in New York City. Bruce Springsteen was the best man at the ceremony.

Singer Percy Sledge sang his classic  When a Man Loves a Woman” at the reception.

Who is Steven Van Zandt?

Steven Van Zandt is a member of Bruce Springsteen‘s E-Street band and also has his solo bands Little Steven and The Disciples of Soul.

Steven was born on 22 November 1950 in Massachusetts, United States. His mother Mary Lento remarried in 1957 and he took the last name of his step-father William Brewster Van Zandt.

He has a half-sister, Kathi who is a writer, and a half-brother Billy Van Zandt who is an actor, producer, and songwriter.

He went to Middletown High School but was kicked out due to long hair. To make his disappointed mother happy, he joined the school again and graduated in 1986.

A career in Music Band

On 20th July 1975, Steven officially joined the E Street Band as lead guitarist. Unfortunately, he left the E Street Band in 1984 but still appeared as a special guest in some concerts and music videos. Later in life, he rejoined the band when it was reformed.

He wrote tons of hit songs like ”I don’t Want to Go home”, ”While You were looking at me”, ”I am Patriot”, ”Amnesty is Granted”, and ”Baby Please don’t go” to name a few. In addition, he wrote and produced the ”All Alone in the Christmas” soundtrack for the film Home Alone 2.

He produced records and albums like Heart of Stone, Gary Us Bonds, The River, Born in the USA, Hungry Heart, and Spirit of Love.

His first debut album is Men Without Women and his other solo albums are Voice of America, Freedom-No Compromise, and Revolution all having political concepts. His songs were featured in his Tv series The Sopranos and Lilyhammer.

A career in acting and hosting

In 1999, he appeared in his first show The Sopranos. He starred in the soap opera, “Hotel Cæsar”. He was also part of “Skalvan” which is the biggest talk show in Scandinavia.

During the same time, he wrote, produced, and appeared in another TV series, Lilyhammer.

He was also part of “Skalvan” which is the biggest talk show in Scandinavia and also hosted a radio show, “Little Steven’s Underground Garage”.

He won the “Big Man of the Year” award in 2013 for his contribution to the charitable organization, Little Kids Rock. Steven Van Zandt founded Sun City to spread awareness about the apartheid policy in South Africa.

He also established ”The Rock and Roll Forever Foundation” and “TeachRock” to help people in different aspects.

The net worth of Steven Van Zandt is around $90 million. He has made millions of dollars from music, acting, films, and brand endorsements.

Bob Stoops has black hair and brown eyes. He has an average height of 5 ft 7 inches and a body mass of 79kg.

You may also know about the net worth, body measurements, and careers of Dominic Chianese, Brie Larson, and Clint Black.