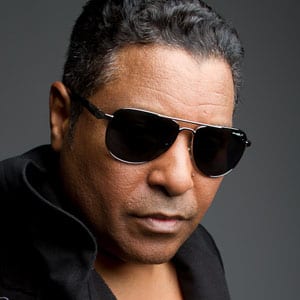 Facts of Stevie B

Relationship Statistics of Stevie B

Who is Stevie B?

Stevie B is an American singer, songwriter, and record producer. People mostly know him for his 1990 number-one hit ballad ‘Because I Love You (The Postman Song).’ Additionally, he has released numerous albums to date including ‘Party Your Body’, ‘Funky Melody’, and ‘B-Sides And Outtakes’ among others.

Stevie was born as Steven Bernard Hill in Fort Lauderdale, Florida on April 19, 1958. He became interested in the world of music as a child. Stevie is of American nationality. Furthermore, he belongs to the mixed ethnic background of Puerto Rican and Dominican.

Talking about his education, there are no details available relating to Stevie’s educational background at present.

Stevie initially worked as a car washer. Later, his title track of his 1988 debut LP went gold. Additionally, his first hits include ‘I Wanna Be the One’, ‘In My Eyes’, and ‘Love Me For Life’ among others. In addition, since then, Stevie has released several albums. Some of his albums include ‘In My Eyes’, ‘Love & Emotion’, ‘Healing’, ‘Running Back’, ‘Funky Melody’, ‘Waiting For Your Love’, ‘Summer Nights’, ‘The Terminator’, ‘The King of Hearts’, and ‘Never Gonna Let You Go.’

Furthermore, Stevie also has a credit as a composer for ‘Stevie B Feat. Pitbull: Spring Love 2013.’ He appeared in the documentary ‘Central Station Records the History of Dance Music in Australia’ in 2006. In 2016, he also appeared in another documentary titled ‘Legends of Freestyle.’

Stevie B: Net Worth, Income, Salary

Stevie has not revealed his current salary. Furthermore, there are no details available about his estimated net worth at present.

Stevie B: Rumors and Controversy/Scandal

Stevie became part of a controversy after he was arrested by Springfield, Massachusetts police officers on September 30, 2011. This was because of him owing $420,000 in unpaid child support. At present, there are no rumors concerning his life and career.

Talking about his body measurement, there are no details available about Stevie’s height and weight. His hair color and eye color is black.

Stevie is active over social media. He has a huge number of followers on social networking sites such as Facebook and Instagram. He has more than 120k followers on Twitter. In addition, he has over 17k followers on Instagram.

Also know more about the early life, career, net worth, relationships, and controversies of other singers like Iggy Pop, Don Most, Jordan Smith, Tom Parker, and John Taylor.