Stevie J and Faith Evans are getting a divorce after three years of marriage! 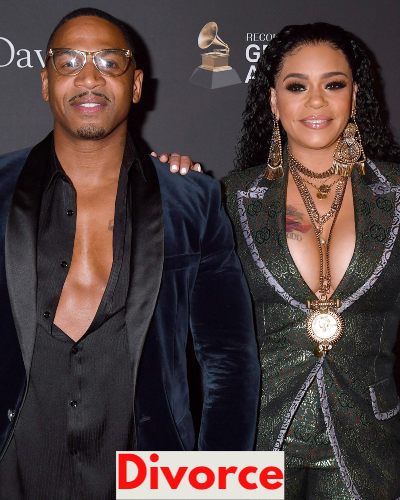 Stevie J and Faith Evans are done with one another. The married couple of three years have split up and the Love and Hip Hop Atlanta star filed for divorce in Los Angeles. He filed a petition for divorce from Faith on 8th November 2021.

Their separation news came as a shock like the news of their marriage. They quietly walked down the aisle in July 2019 in their hotel room in Las Vegas. Stevie and Faith made their wedding news public by showering love on one another through Twitter. In their three years of marriage, they do not share any children together.

Their marriage was not perfect as they started having troubles after their first anniversary. In 2020, Faith was taken into custody for domestic violence against Stevie. She was accused of attacking her husband. They had a verbal fight that turned physical and officers noticed visible marks on his body. But the charges were dismissed as the Los Angeles County District Attorney’s Office revealed that Stevie J refused to testify.

Also read The shocking and secretive wedding of Faith Evans and Stevie in their hotel room in Las Vegas! Know the after-effects of this marriage!

How much is the net worth Stevie?

Stevie J has an estimated net worth of $5 million as per Celebrity Net Worth. In the year 2014, Stevie loaned $75,000 to Faith Evans to buy a house. He has worked in TV series like Love & Hip Hop: Atlanta, BET Hip Hop Awards, This Is Hot 97, Love & Hip Hop Live: The Wedding, Stevie J & Joseline: Go Hollywood, Leave It To Stevie, Star, Black Jesus, and Growing Up Hip Hop.

Also, Stevie has worked as a music producer for artists like Mariah Carey, The Notorious BIG, Jay-Z, Lil Wayne, Puff Daddy, and more.

American Stevie is a Grammy Award-winning music producer and TV personality. Stevie is renowned as a former member of Bad Boy Records.

Last, in 2019, he appeared in the TV series, Black Jesus as Tiny Baseball. Read more bio…