Updated On December 18, 2022 | Published By: Daniel Miranda
Share this
Divorce 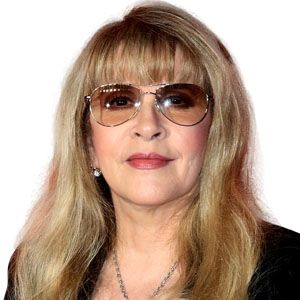 I am pretty fearless, and you know why? Because I don't handle fear very well

I'm not a good terrified person

I think they all went too far. Their jeans got too low, their tops got too see-through. Personally, I think that sexy is keeping yourself mysterious. I'm really an old-fashioned girl, and I think I'm totally sexy

What is the relationship of Stevie Nicks?

Stevie Nicks is a single woman at the present time. She was once a married woman for few years. She was previously married to Kim Anderson. They got married in January 1983.

After a year of their marriage, the couple divorced in 1984. After that, she also dated the American singer-songwriter Joe Walsh for three years. The couple began dating each other back in 1983 and separated in 1986. She also dated the English musician Rupert Hine for a year in between 1986 and 1987.

She admitted that she was once pregnant but she aborted the child. Nicks didn’t get married for the second time in her life and she is currently single.

Who is Stevie Nicks?

Stevie Nicks is a famous American singer-songwriter. She is also a pianist and tambourine player best known for her song “Landslide.” She is often regarded as the Queen of Rock n’ Roll. She broke the record for female rock artists Grammy Award nominations with nine competitive nominations.

Stevie Nicks was born Stephanie Lynn Nicks on 26 May 1948, in Phoenix, Arizona, USA. She is an American by nationality and is of mixed ethnicity(German, English, Irish).

She is the daughter of Jess Nicks(father) and Barbara Nicks(mother). Her father was a former president of Greyhound’s Armour-Dial. Her grandfather was a country music singer who taught Nicks to sing duets with him by the time she was four years old.  She was interested in music since her childhood and her grandfather was the one who motivated her to become a singer. Stevie wrote her first song, “I’ve Loved and I’ve lost, and I’m Sad But Not Blue” on her 16th birthday.

In which school did Stevie Nicks attend?

Her family moved to San Francisco when she was a child and attended Menlo-Atherton High School, where she began songwriting and performing. After high school graduation, she attended San Jose State University in Northern California and majored in speech communication. She later dropped out of college the semester before graduation to begin her singing career.

Stevie began her singing career with the psychedelic rock band named Fritz during her college days. She became the lead singer of the band in mid-1967. She performed with the band for three years and left the club in 1971 to perform on her own studio album.

She began working for her first studio album, Buckingham Nicks in 1972. She released the album in mid-1972. The album was not a commercial success. She released her second album titled Bella Donna which became a hit that year. She won Album of the Year for Rumours in 1978. That same year, she was nominated for Best Arrangement of Voices award for her recording Go Your Own Way. She has been nominated for nine competitive Grammy Awards and won the 1978 Grammy Award for Album of the Year for Rumours. She also received the 2003 Grammy Hall of Fame Award.

Stevie Nicks: Salary and Net Worth

What are the body stats of Stevie Nicks?