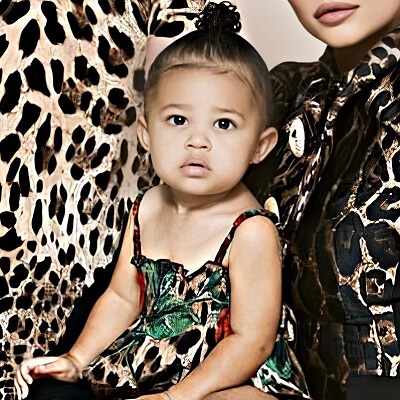 Stormi Webster’s relationship status is single. Stormi is too small to have any sort of a romantic relationship.

The Starkid loves to dress like her mother. Her favorite pastime is hanging with her cousins.

Who is Stormi Webster?

Stormi Webster is one of the youngest members of the Kardashian-Jenner clan. Webster is renowned as the first child of Kylie Jenner and Travis Scott.

Stormi Webster was born on the 1st of February 2018 in Los Angeles, CA. Her mother, Kylie Jenner is a reality star and father, Travis Scott is a rapper by profession.

Her grandparents, Caitlyn Jenner and Kris Jenner are American TV personalities who are known for the TV series, Keeping up with the Kardashians.

She has 24 cousins which include Mason Dash Disick, Saint West, Luke Marino, and Bodhi Burton Jenner.

The Starkid is famous for her media appearance along with her mother. She is often featured following her mother’s style which includes Jetsetting Style, Ski Slope Style, and Green With Envy.

Recently, her mother launched the makeup line inspired by Stormi.

The 2nd birthday of Starkid was celebrated with the lavished themed party known as the Stormi World II. The party was huge enough that the guests at the party had to use the map of the location.

Prior to that, her first birthday party was named Stormi World I which was lavished enough to astonished everyone.

Her mother’s Kylie Jenner has an estimated net worth of $1 billion. In March 2019, Forbes named Jenner as the youngest billionaire.  Her make-up line company, Kylie Cosmetics is valued to be $900 million.

Her father, Travis Scott has an estimated net worth of $58 million. His circus-themed album, Astroworld had the gross collection of more than $65 million.

Tags : Member of the Kardashian Family

All the luxury items owned by Stormi Webster!