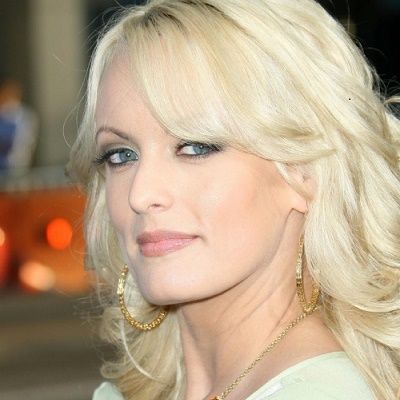 'I live a strangely normal life'.

What is the relationship of Stormy Daniels?

She married Brendon Miller or adult actor, Glendon Crain in 2010 and have a daughter. And the presidential debacle in 2018, was unable to dent a hole their marriage.

However in 2018, after her well-documented arrest they divorced. Now her estranged husband Brendon feels that their daughter is frequently exposed to dangers because of so much media attention.

Before Brendon, Stormy Daniels was married to Pat Myne in 2003 and took his legal surname  Clifford, but in 2005 they divorced. Then she married Mike Moz in 2007, however, Mosney charged her with domestic violence and in 2009 they divorced.

For a time till the divorce in 2018, she did have her husband, Brendon’s support. Now she lives with her daughter, Caden Crain.

Things are looking up for Stormy to smile about. Recently her long-deserter father proudly released some heartwarming pictures of Stormy as a teenager. They haven’t spoken to one another in 20 years.

Now mom Sheila, Stormy Waters, and her daughter have something to look forward to.

Who is Stormy Daniels?

Stormy Daniels is American pornography actress, stripper, writer and director. Stormy has won numerous awards in the industry, and is a member of the NightMoves, AVN, XRCO Halls of Fame.

Stephanie is of half Cherokee and half Irish ethnicity. Stormy’s grew up in a town where she and were deprived of even basic necessities. Despite difficulties Sheila, her mom did everything to give Stephanie all the love and dignity she could muster.

And this was just the beginning of life for Stephanie who would take the world by storm.

Stormy attended and graduated in 1997 from Scotlandville Magnet High School in Baton Rouge. Here, she became the editor of the school newspaper and president of the 4-H Club. Stephanie had set her sights to become a journalist.

In high school, Daniels worked a job at a riding stable  answering calls. Then when she was 17, a friend in the strip club encouraged her to strip dance.

She started stripping for money at the Gold Club in Baton Rouge and got her career started. Next in 2000, Stephanie became the main featured entertainer with Continental Theatrical Agency.

Stephanie loved the American band Motley Crue, whose bassist Nikki Sixx had a daughter named Storm. She adopted this name and added Daniels after the beverage Jack Daniels.

Now she became the Stormy Daniels. Sometimes being called Stormy Waters didn’t hurt either.
Her next step was the adult entertainment industry. It was Devon Michaels’ invitation that landed her the scene in Sin City, American Girls Part 2. Thereafter she appeared regularly in movies like Heat, Dirt, and in 2005 in the movie The 40-year Old Virgin.
Stormy Daniels was awarded the key to the city of West Hollywood, California. That day or 23 May, 2018 is also known as “Stormy Daniels Day”.

Some of her awards and recognition as Stormy Daniels

Stormy Daniels has 310k followers on Instagram, 1.6m views on youtube, 1.2 million followers on Twitter. However, social media has nothing at all on the attention she receives from the press.

The storm just calmed regarding last year’s lawsuit over her ‘unprovoked’ arrest. On 27th September 2019, CBS reports that the City of Columbus, Ohio, has reached a settlement of $450,000 with Stormy Daniels over her defamation lawsuit.

You may want to know more about Donald Trump and Maggie Haberman.