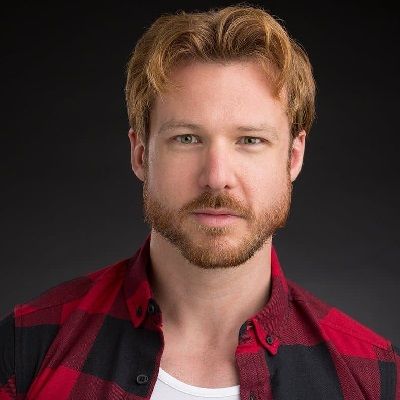 Previously, he was in a relationship with the Coronation Street star, Daniel Brocklebank (a.ka. Billy Mayhew). They first started dating in 2017 when they first met at Stockholm Pride in the summer of 2017.

When they were dating Daniel shared his feeling to the world stating that he wants to get married to him and start there.

However, they part their way after two years of relationship in 2019.

Who is Stuart Hatton?

British Stuart Hatton is a model and dancer. He is renowned as two times consecutive Mr. GAY UK titled winner.

Currently, he is the CEO of the pageant Mr. Gay Mx Drag.

Stuart Hatton was born as Stuart Alexander McNichol on the 17th of June 1985 in South Shields, England. His father, Peter McNicol, and mother Wendy Hatton are of Scottish-Irish ethnicity.

Wendy is the owner of the dance academy, Hatton Academy of Dance.  He shares the same name with the twins of his maternal grandfather, Stuart.

Talking about his educational background, in 2001, he completed his high school education from St Wilfrid’s RC College in his hometown.

After that, he joined Tyneside College. Moving forward, he attended Newcastle University and studied Linguistics.

Stuart Hatton’s professional journey started as a dance teacher at his mother’s academy. He has been since he was thirteen months. Also, as a dancer, his specialty includes a ballroom, Latin American, and Classical dance.

Later, he expanded his career to the modeling field as an underwear model. As a model, he has posed for the fashion houses that includes Bruno Banani, DeadGoodUndies, and Mundo Unico.

Moving forward, in the year 2013, he entered in the pageant, Mr. Gay UK contest and became the winner.

In the following year, he won the title, Mr. Gay UK for the second time. The same year, he became the first runner up in the Mr. Gay Europe and Mr. Gay World. As of now, he is associated with the pageant Mr. Gay Mx Drag as CEO.

Stuart always has always been extremely vocal about LGBT rights. Also, he spoke on the many international platforms regarding the topics.

Apart from that, his earnings as the CEO of the pageant range from $74k to $402k.

As of now, he has not been involved in any kind of controversy that created a buzz in the media. Similarly, there are no rumors surrounding him.

However, back in 2015, he came in the spotlight when the ballroom dancer, James Jordan criticized Hatton and Callum MacDonald for same-sex dancing. At the time, he mentioned that same-sex couple dancing would be a joke which only has comedy value.

Stuart Hatton has blue eyes with auburn hair. As per the sources, he has a height of 5 ft 8 inches and an average weight with a muscular body structure. Also, he prefers to tattoos his body.

He also has a self-titled YouTube channel with around 940 subscribers.

You may also read the bio of Alex Lange, Benny Harlem, and Jarret Stoll.