Stuart Scott was an American sportscaster and anchor on ESPN. Scott was also a regular for the network in its National Basketball Association.

Previously, he was married to Kimberly Scott after dating her for some time in 1993 but their marriage ended. They went through the process of divorce in the year 2007. 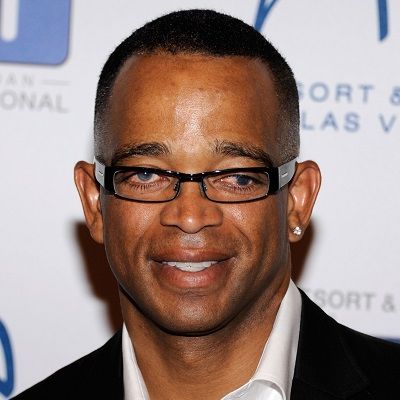 ''When you die, that does not mean that you lose to cancer. You beat cancer by how you live, why you live, and the manner in which you live.” ''You gotta know that you're better than anybody, 'cause to me, if you don't go in like that, you're gonna lose! They're gonna punk you out! On any stage, court, business venture, on the anchor desk - whatever. You've got to go in believing, 'I can do this better than anybody.' ''That was just kind of a surprise when the doctor said, 'We did a biopsy on your appendix, and you have cancer.'' ''The most important thing I do is I'm a dad.'' ''People always talk about the nausea that comes with chemotherapy. For me, it's more like a queasiness. And it can be intense. It's an uncomfortable, gross kind of 'blech' feeling.''

Who was Stuart Scott?

Stuart Orlando Scott was an American sportscaster and an anchor in ESPN’s Sportscenter. Stuart Orlando was well known for his hip-hop style and the use of catchphrases.

He was also a regular for the network in its National Basketball Association (NBA) and National Football League (NFL) coverage.

He passed away on the morning of January 4, 2015, at the age of 49. Scott died of appendix cancer in his home in Avon, Connecticut.

On April 3, 2002, Scott was injured when he was hit in the face by a football while filming a special for ESPN. He received surgery but afterward suffered from ptosis, or drooping of the eyelid.

On July 16, 2014, Scott was honored with the Jimmy V Awards at the ESPY Awards, for his ongoing battle against cancer.

Scott was born on July 19, 1965, in Chicago, Illinois, US to a businessman father O. Ray, and his mother Jacqueline Scott who worked as a decorator.

Born as the eldest of four children, he has two younger sisters: Cynthia and Susan and the smallest one is a brother Stephen.

When he was 7, his family moved and settled down in North Carolina.

During his high school years, he was a captain of the football team and excelled in ran track too. Later on, he enrolled at the University of North Carolina at Chapel Hill where he graduated in speech communication.

From 1990 until 1993, Scott worked at WESH, an NBC affiliate in Orlando, Florida as a sports reporter and sports anchor.

He also earned first-place honors from the Central Florida Press Club for a feature on rodeo.

His first ESPN assignments were for SportsSmash, a short sportscast twice an hour on ESPN2’s SportsNight program.

Scott took his place in the anchor chair at SportsNight. After this, Scott was a regular on SportsCenter and This is SportsCenter commercials.

Scott has appeared in many movies like He Got Game, Disney’s The Kid, Drumline, Love Doesn’t Cost a Thing, Mr. 3000, Enchanted, and Just Wright.

Scott’s net worth was estimated to be around $15 million as of 2022. His earning was through his anchoring career.

He had gray eyes color with black hair. He was 6 feet tall and had a decent weight.

You may also know about Kaitlyn Vincie, Kristen Ledlow, and Trenni Kusnierek.

Sue Grafton dies at 77 due to cancer of the appendix! Know about her work, family, and tributes!