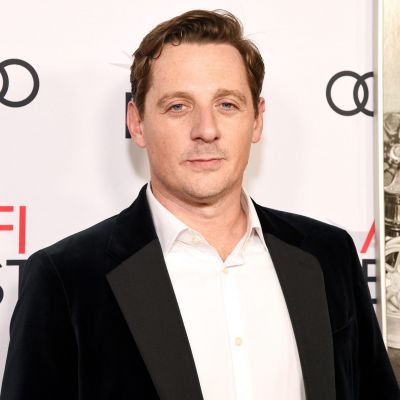 Sturgill Simpson is a married man. He is married to Sarah Simpson. The duo first met at Lexington and eventually tied the knot in the year 2010.

The couple is blessed with three children. As of now, the family currently resides in Southeast Tennessee.

Who is Sturgill Simpson?

Sturgill Simpson is an American country music singer, songwriter, and actor. He is best known for his albums which have featured in US top charts such as ‘A Sailor’s Guide to Earth’, ‘Metamodern Sounds in Country Music’, and ‘Sound & Fury’.

Simpson is set to appear in an upcoming crime film, Killers of the Flowers Moon where he is cast in the role of Henry Grammer.

His father was a Kentucky State Police Trooper who formerly worked undercover in the narcotics department. Similarly, his mother worked as a secretary. When he was in the seventh grade, his parents gets divorced.

Talking about his academic background, he attended Woodford Country High School. While studying in high school, he sold and consumed drugs for a brief time.

After graduation, he enlisted in the US Navy right where he spent three years.

In 2004, Sturgill formed the Country/Rock band, ‘Sunday Valley’, and has performed at the Pickathon Festival in Portland, Oregon.

He later pursues his career at the Salt Lake City railroad freight-shipping yard for Union Pacific Railroad. However, he eventually left the job and got back with the band where he perform as a vocalist and a guitarist.

The band performed at local gigs and also did many tours and disbanded in 2012. In 2013, he released his first solo debut album, High Top Mountain, produced by Dave Cobb.

The album featured 12 tracks including ‘Life Ain’t Fair and the World is Mean’, which became one of the most popular tracks by Simpson. Also, the album peaked at number 11 on US Heatseekers Albums (Billboard) list.

Sturgill might have accumulated an impressive amount of wealth throughout his multiple profession as a singer and actor.

Sturgill won nominated for three Grammy Awards and won two in the category of Album of the Year and Best Country Album. He also won the 2015 Song of the Year award from The Americana Music Honors & Awards.

In 2017, he won the Album of the Year for A Sailor’s Guide to Earth at American Music Awards.

To date, Sturgill hasn’t been part of any sorts of rumors and controversy that create a huge buzz in the media.

The actor has a towering height. He stands at the height of 5 feet 10 inches tall and his weight is about 73 kg. Likewise, he has a blue pair of eyes and his hair color is brown.

The actor is active on Instagram under the username @sturgbase where he has more than 2.6k followers. Similarly, he has nearly 406 followers on his Facebook.

He has also a self-titled YouTube channel with more than 191k subscribers.