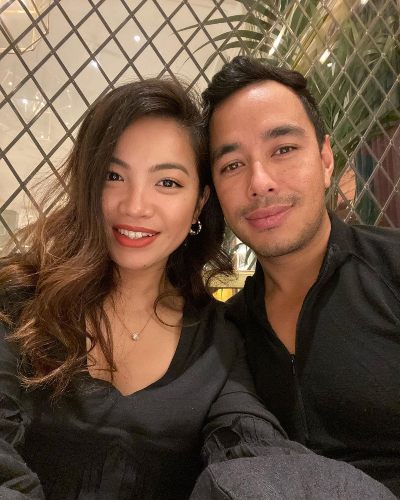 Suchi Purja is the beautiful wife of mountaineer Nirmal Purja aka Nims Dai whose Netflix Documentary 14 Peaks: Nothing Is Impossible is creating buzz all over the world. She is a Dentist by profession graduating from the University of Portsmouth Dental Academy. She graduated in the year 2017.

Did Suchi Purja support Nirmal Purja on his Mountaineering?

Suchi Purja is an extremely supportive wife who has been patient with her husband’s mountaineering journey. She is a proud wife as her husband Nirmal Purja summitted 14 peaks above 8,000 meters in the time of six months. In August 2019, Nims and Suchi gave an interview for the Kay Burley Show where she revealed she tried not to stress about the dangerous expeditions of her beau.

When she did not get any news from her husband, she hoped that everything was fine as she strongly believed no news means good news. Mrs. Purja has been actively taking part in his mountaineering by helping him in the background and doing admin work. She has looked after the two companies established by Nirmal.

On 13th January 2020, Nirmal incorporated his company Nims Dai Ltd which was started to offer climbers the exclusive chance to team with one of the most ground-breaking mountaineers of the generation. Suchi is one of the directors of the organization and looks after it. Likewise, they provide mountaineers with commercial clients opportunities.

She is also part of Mountain Philanthropy Limited which was started in collaboration with Paul Vincent Maher and Juliet Silvester in December 2020. She serves as a director there too.

When did they marry?

Nirmal Purja and his wife Suchi Purja celebrated their 13 years of togetherness on 1st January 2021. Some sources claim their married date to be 2006 but as per calculation and their anniversary post, they have been married since 2008. They married at a young age but have not welcomed any children yet.

However, the couple has an adorable dog named Enzo who turned 1 year old on 9th June 2021. Enzo is a Cavapoo breed and has his own Instagram page. She and her husband Nirmal have been living in Hampshire.

Also read Who is Fanny Lafon? All about the married life of Fanny and Mathieu Valbuena

Nirmal Purja is a renowned mountaineer, actor, and former Gurkha soldier from Nepal. He is the holder of multiple mountaineering world records. He is also famous as Nims Dai.

Purja is best known for having climbed all 14 eight-thousanders, the 14 mountains that are more than 8,000 meters (26,247 ft) in height above sea level in a record time of 6 months and 6 days with the aid of bottled oxygen. Read more bio…