Sudden death of Soundgarden Frontman Chris Cornell; His career, relationship and much more 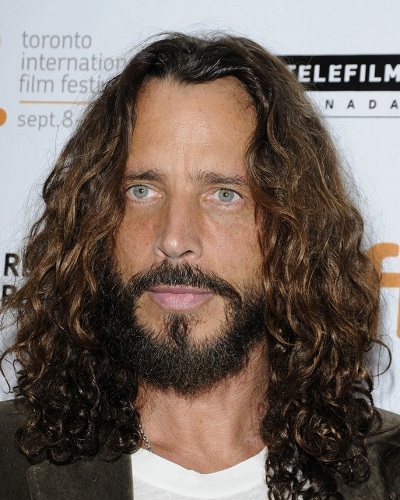 The death of the person takes the body away yet remains the soul around us. It is very difficult to accept the fact that we lost someone whom we know or someone we love a lot. The death of this legend has brought a tear to many of his fans. Soundgarden frontman Chris Cornell is now no more with us. He left the world after a sold-out Detroit concert on Wednesday, May 17, at age 52.

Chris Cornell died at the age of 52 on May 17. As per the statement of his rep, Brian Bumbery, the death of the Chris was quite sudden and unexpected. Chris’s rep gave the statement of his death to the US exclusive. Moreover, he added that the family will be “working closely with the medical examiner to determine the cause.”

At the last days of his life, he had been on tour with the Grammy-winning band. According to the  Detroit police spokesperson that officers responded around midnight at the MGM Grand casino to an apparent suicide. He was pronounced death followingly on the scene. Moreover, the spokesperson said that the family friend found him on the bathroom floor in his room at the MGM Grand Hotel. Chris’s wife called one of the family friends and told to check in the men’s room. Meanwhile, he was seen lying on the floor of the bathroom.

At the point, he was spotted with the band around his neck. Although the death’s preliminary determination was an “apparent suicide,” but there is no any confirmation that it was a suicide or not.

Before the death of the musician Chris Cornell

Before the how everything was going normally with the flow. Chris showed his excitement about the show through his tweet on his official Twitter account. He shared a photo of the Fox Theatre’s marquee featuring the band with the caption:

“@Detroit finally back to Rock City!!!!”

Chris was the part of the Pacific Northwestern grunge scene of the late 1980s and early 1990s. He recorded a 1991 album with the latter under the name Temple of the Dog alongside the bands like Nirvana and Pearl Jam. During his career path, he firstly signed indie label Sub Pop. Later on he made the big jump in his career by working with singles like Black Hole Sun.

The band was thehugelye successful in the US with the sale of more than 10m albums in the US alone. Also, they were nominated for nine Grammy awards and in addition, they won two of them. Although they part their ways on 1997, again reunited in 2010. Their most recent album together came on 2012 named King Animal. From over the past year, they were working on the new song.

Struggles of Chris Cornell during his lifetime

The musician had many roller coaster rides during his lifetime. He went through the drug addiction and alcohol. He entered the rehab on 2003 since then he grew quite nice. Talking about his experience, he said:

“I actually like rehab a lot. It’s like school; it’s interesting. I’m learning that I can be teachable at age 38. I would sometimes drink before we played. It wasn’t a big deal. It became a bigger deal when I stopped doing the other things I liked to do. I used to ride mountain bikes around with my friends, and we’d keep 40-ouncers where the water bottle was supposed to be. But once I removed the mountain and the bike, there was just the drinking.”

Furthermore, in the interview with Details Magazine, he told:

“When I transitioned into adulthood – high-stakes emotional responsibilities – I did everything I could get my hands on. It happened without me really noticing it. The thing is, when you pick up the pipe for the first time, you don’t know that that’s your fate. The moment isn’t that dramatic. And then that was it – I didn’t want to care anymore.”

He was married to his wife Vicky. The duo is the proud parent of two children, Toni and Christopher Nicholas. Cornell also had a daughter with first wife and former manager Susan Silver.

After the news of his death, his peer group paid tribute to him through their social account Twitter. Led Zeppelin guitarist Jimmy Page, Mark Lanegan, Billy Idol and Jane’s Addiction and Red Hot Chili Peppers guitarist Dave Navarro paid the tribute to Chris.

SO SO stunned to hear about Chris Cornell! Such a terrible and sad loss! Thinking of his family tonight! RIP

Chris Cornell was an American musician, singer, and songwriter. He is known for songs like “Black Hole Sun” and “Rusty Cage,” who was also a successful solo artist and the frontman for Audio Slave. More Bio…