Sue Bird is in a serious relationship with American women’s football team captain Megan Rapinoe. She admitted to being lesbian in July 2017. The two started dating each other in September 2016 and have been true power couples so far.

The pair made history by being the first openly gay couple to appear on ESPN The Magazine’s legendary “Body Issue,” by starring together in nude photo covers.

Also, in July 2019, Bird publicly defended her partner against President Trump in an op-ed. Currently, the pair are living together in New York. 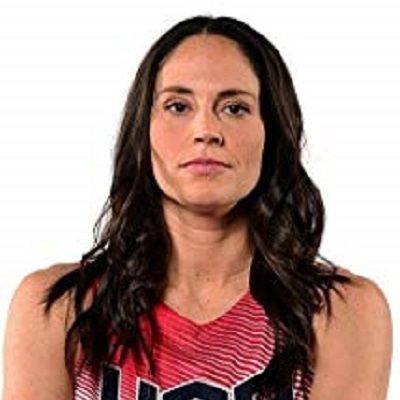 To be successful, you have to expose yourself to different situations-different styles of play, different teammates, different coaching

I'm a bit of a perfectionist, but you have to know you're going to make mistakes. It's how you respond to those mistakes that counts

I'll play until my knees fall off

Going to college and living with someone of another race gave me a different view of what people have to go through.

Who is Sue Bird?

She is a three-time WNBA champion and an Olympic gold medalist.

Sue Bird was born on October 16, 1980, in Syosset, Nassau County, New York on Long Island as the second daughter of Herschel Bird and Nancy Bird.

Her older sister’s name is Jen. Her ethnicity is Ukrainian Jewish. She holds the citizenship of Israel. However, she represents America in international competitions.

Bird went to Syosset High School and played her freshman and sophomore years as a player there. She graduated from the University of Connecticut.

The Uconn graduate was the first overall pick by the Seattle Storm in the WNBA draft of 2002. Her rookie season finished averaging 14.4 points in 32 games playing alongside Lauren Jackson.

Moreover, she played for Dynamo Moscow and helped them reach the finals of the Russian Championship during the 2004/05and 2005/06 off-season.

Unfortunately, she developed a knee injury which led to surgery during the 2012 season. Thus, she couldn’t play in the 2013 season. However, she made her comeback in 2014 and featured in 33 games.

Similarly, she finished the season averaging 10.6 points per game. Additionally, she decided to extend her contract with the Storm.

Sue is among the best female athletes of all time. Furthermore, Bird is also a four-time Olympic gold medalist with the United States Women’s National Team.

Additionally, she has also led the women’s team to three gold medals and a bronze at the FIBA World Championship which is considered to be the greatest achievement of her life.

Sue Bird is one of the most decorated basketball players of all time. She has won many trophies with her teams as well as individually.

Moreover, she is a three-time WNBA champion with titles in 2004, 2010, and 2018. She is also an eleven-time WNBA All-Star team member. Also, she is the WNBA all-time assists leader.

Sue Bird has earned a hefty amount of net worth from her professional playing career. She is among one of the highest-paid female athletes in the world. Her estimated net worth is in the region of $5 million.

In addition to this, she has a reported annual salary of around $350,000. Her source of income is playing, sponsorship deals, etc.

There were widespread rumors of Sue being gay and it later proved to be true when she openly admitted it.

Also, she published an article on the player’s tribune titled “So the President F*cking Hates My Girlfriend” in which she goes in on President Trump for his Twitter rant about her girlfriend Megan Rapinoe who captains the USWNT.

Sue Bird has an athletic body. She stands at 5ft 9inches tall. Additionally, she has a body weight of around 68 kg.

Furthermore, she has a fair skin complexion with dark brown hair and brown eyes.

You may also like to read about the bio, career, net worth, and body measurements of Karen Carney, Megan Rapinoe, and Alex Morgan.

Sue Bird, the lesbian partner of star soccer player Megan Rapinoe has a message for Donald Trump after USWNT’s win against France!