Updated On June 10, 2021 | In Anime/Fictional Characters , Interesting Facts
Share this 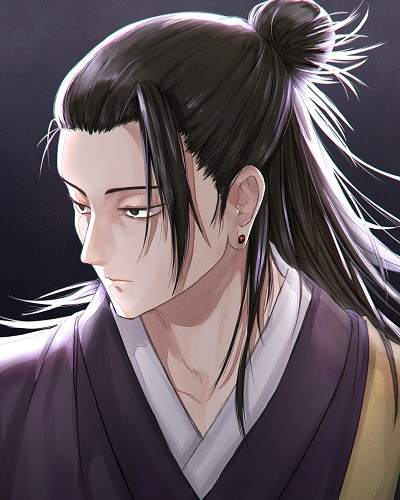 Who is Suguru Geto?

Suguru Geto is the main antagoist of the Japanese Anime and Mange series, Jujutsu Kaisen. In the terms of power and skills, he evenly matches his former partner, Satoru Gojo.

Furthermore, he is considered the worst among all of the curse users. He is infamously renowned for killing hundreds of innocent civilians in one night.

Know the Voice behind the Suguru Geto

– For the Japanese Voice of the character, Takahiro Sakurai has lent his voice. The Japanese Voice actor, Takahiro is also a popular radio personality and narrator of Aichi Prefecture.  Currently, he is with the talent agency, INTENTION as one of the most talented artists.

– He is famous for his association with anime series like Pokemon, Cardcaptor Sakura, Beyblade as Toony, and Zatch Bell as Kiyomaro Takamine.

– The Voice artist, Lex Lang contributed his voice to the character, Geto.  He is immensely popular for providing a voice to the fictional character, Goeman Ishikawa in the Japanese mange Series, Lupin the Third.

– Besides that, the character is renowned for voicing video games such as Mass Effect 2, The Cave, and God of War.

The character, Suguru Geto was born on the 3rd of February. Currently, he happens to be 27 years old. In the series, his family background is still a mystery. The names of his father and mother have not been disclosed yet. Furthermore, his childhood is also never discussed in the manga and anime series.

Like most of the characters of the series, Suguru is also a single. The romantic character for his Suguru has not been portrayed to date.

However, once upon a time, he used to share a friendly bond with his fellow friend, Satoru Gojo. Both of the curse users are the student of Masamichi Yaga, Tokyo Metropolitan Curse Technical College’s Principle.

Despite sharing a very strong bond with his Gojo, the characteristics and ideology between those two characters were quite different from each other. Geto thinks of curse user higher level while comparing with other ordinary humans.

Also, he thinks that ordinary humans are just like monkeys; money collecting monkeys and curse collecting monkeys. However, Gojo has different opinions than then Geto. Such mentality guided him to hate humans causing him he was expelled from Jujutsu High.

Even though having the same goal i.e. to be the strongest they are the greatest enemies of each other in the present context.

Cursed Energy Manipulation- He is immensely talented when it comes to cursed energy manipulation. He can easily read and understand the cursed techniques of his opponents. Apart from that, he has the ability to manipulate the cursed energy of other sorcerers and cursed spirits.

Gokunoban Uzumaki- It is the one of the special techique of Suguru Geto. The technique allows him to combine the maximum number of the curse for making a powerful attack.

Curtain- This barrier technique allows him to cover the large carry from the outside world. Using the technique, he can tarp the sorcerers into it.

Playful Cloud- It is a special type of cursed tool that he uses during his fight.