Suki Kaiser is a Canadian actress. She is married and a mother of two kids.

Suki Kaiser’s current relationship is married. She is married to Jonathan Scarfe, who is a Canadian actor. The couple tied their knot on August 30, 1998. 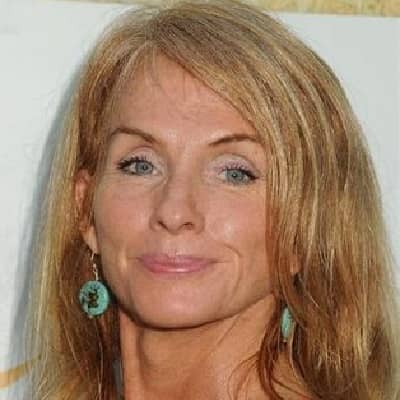 Who is Suki Kaiser?

Suki Kaiser is a Canadian actress. She is known for her works on-screen such as Hope Island, Kingdom Hospital, Dangerous Indiscretion, and The Virgin Suicides.

The actress was born on October 2, 1967, in Bangkok, Thailand. Details about her father is not revealed.

Her mother was a missionary and so they used to spend a lot of time traveling. She immigrated to Canada when she was five years old. Later again they moved to Newport, Rhode Island.

She graduated with honors from high school. Then she attended The University of Colorado at Boulder, where she was an Anthropology major and studied creative writing.

During college, she was suggested for a commercial audition and then she eventually moves to Los Angeles for studying acting.

Suki Kaiser made her debut on-screen in the television movie, The Girl from Mars in 1991. She has appeared in various movies and shows.

It was in Canada that she first discovered her acting skills and started working in some small roles. she appeared in various independent films and TV movies.

Suki gained more popularity for appearing as Nash’s sister-in-law in Nash Bridges in 1996. After it, she played a role in the PAX series Hope Island (1999). The same year she also appeared in The Virgin Suicides. Then she appeared in numerous films, including Marine Life (2000), and was portrayed in several other television series and many TV movies and episodes.

She still works in film and television but mostly prefers writing, directing, and producing with her husband and fellow actor, Jonathan Scarfe.

In 2001, her short film Speaker also received an award. She has also appeared in movies like Red Scorpion 2, Dangerous Indiscretion, The Final Cut, and Category 7: The End Of The World.

After moving to LA she ran an acting studio and also taught acting classes.

Being of successful personality, her net worth is around $1-$5 million as of 2022. But her salary is not revealed.

Moreover, her husband, Jonathan has a net worth of $145 million.

This actress has not been part of any notable controversies in his career. Also, there are no rumors concerning her personal life.

Suki Kaiser stands tall with a height of 5 feet 7 inches and a decent weight. She has blonde hair and blue colored eyes.

Also, get to know about other popular actresses like Alice Evans, Kate Phillips, and Erica Rose.