Speaker-Advocate Suleika Jaouad is having an affair with an entertainer Jon Batiste. 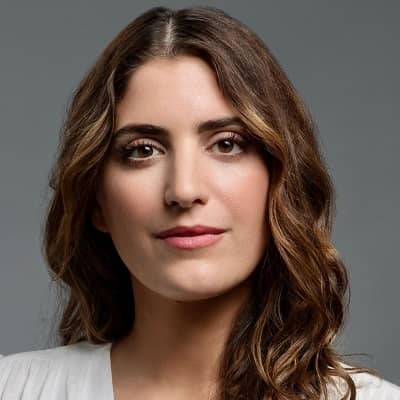 Suleika Jaouad is in a committed relationship with Jon Batiste for more than ten years. Jon is an American well-known musician, bandleader, and television personality.

The love birds met for the first time at band camp when Jaouad was 13 years old. The couple has not married nor has any children. They often seem together in several events. Currently, together they reside in Brooklyn in New York.

Who is Suleika Jaouad?

Suleika Jaouad is an American writer, advocate, and motivational speaker. She is best known for her New York Times bestselling memoir, Between Two Kingdoms.

She is also the author of the Emmy Award-winning New York Times column, “Life Interrupted.”

The author was born on the 5th of July 1988, in New York, NY. She holds an American nationality and is of mixed ethnicity of Tunisian and Swiss.

Prior to that, her father is a Tunisian and her mother is Swiss. However, she hasn’t yet revealed her family details including her parents and siblings.

Talking about her academics, she attended The Juilliard School. Afterward, she completed her Bachelor’s degree at Princeton University.

Later, she received her MFA from Bennington College majored in writing and literature.

In her following graduation year, Suleika worked on various human rights campaigns such as Oxfam, African Union for the Center for Constitutional Rights. Also, She served as a foreign correspondent.

At the age of 22, Jaouad was diagnosed with Leukemia because of which she remained unable to continue his career aspirations. During the period, she began writing her New York Times column from the bone marrow transplant unit at Memorial Sloan Kettering Cancer Centre.

At the Cancer Center, she becomes a fierce advocate for those living with cancer and other chronic illness. Jaouad published her first memoir Life Interrupted on July 11, 2014, which she wrote from her hospital bed.

Similarly, her latest memoir Between Two Kingdoms was published on August 18, 2020. The memoir is all about a woman’s cancer journey from diagnosis through life cancer-free.

In June 2019, she made an appearance on TED Talk titled What almost dying taught me about living. Besides, Jaouad has been made as guest appearances on numerous shows such as NPR’s Talk of the Nation, NBC’s Weekend Today, CBS News, The Paris Review, the Los Angeles Times, Darling magazine, and so on.

In 2009, Jaouad was diagnosed with cancer called Leukemia, a disease that attacks the blood and bone marrow. Doctors told her that she had only a 35% chance of surviving in the long run.

However, her health is now admirable and her bone marrow has also transplant thoroughly after three years of chemotherapy.

Suleika might have earned an impressive amount of fortune throughout her career. However, she hasn’t yet disclosed her exact figure of net worth, salary, and yearly income in the media.

Talking about her partner’s net worth, Jon has an estimated net worth of around $4 million throughout his primary profession as a musician.

The author has a fair complexion with brown pair of eyes. Likely, she has a brown hair color. Further, her other body measurement including height, weight, and other is not available.

She has a Facebook page with more than 26k followers. She has also shared her e-mail id [email protected] for any business inquiries.