Updated On July 23, 2019 | In Entertainment , Interesting Facts , Lifestyle
Share this 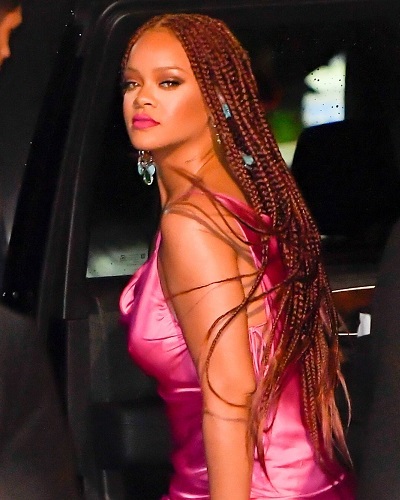 Summer is in and so are the wonderful braids to keep the heat off! Our favorite celebrities are also rocking various types of hairstyles and summer braids. Braids never go out of fashion and there are various ways to do it. They all look gorgeous!!!

Braids can be just the regular ones which hang loose on the shoulders, or in the form if cornrows, or just put up as braided updos. They are all very nice and look pretty! A scroll down to know which celebrities were looking at their best in braids this summer!

Singer Rihanna, 31 stole the show this summer when she arrived at The Webster in New York City for her Fenty Pop-Up Launch Party on 18 June. She looked chic in her sexy little Fenty Fuchsia Drawstring Satin Mini Dress. She had worn jewels from David Webb. Her hair was in long tight braids. She had dyed her hair red and her braids were super thin and tight. They started at her scalp and went down all the way to her waist!

Elle, 21 was at the premiere of Les Miserables on 15 May during the Cannes Film Festival. She was in a floral gown from the Valentino Haute Couture Spring 2019 collection. Stylist Jenda Alcorn had done her hairdo. She had put a low bun in the back but her blonde hairs at the front were braided into a crown around her head. It suited her and she had put some gorgeous flowers in her braid. The bun was also covered with flowers which gave her an ethereal look.

On 4 June, Jessica, 42 was in Los Angeles for the premiere of the film X-Men: Dark Phoenix. She wore an all-white dress. Her hair was bright red and made into an updo. This appeared very simple from the front side but at the back, it was made into an intricately braided form. She left her bangs in front of her face and swept to the side. The bun she had put on the back and to one side. Her hair at the back was in thin braids which crisscrossed around the bun and held it in place.

Margot, 28 was at a photocall for her film, Once Upon A Time in Hollywood, at the Cannes Film Festival on 22 May. Hairstylist Bryce Scarlett had done her hair. Her blonde tresses were let loose in natural waves. They were parted in the middle in the front. The front pieces of her hair were braided and their ends were let loose, giving Margot a breezy and easy look.

“It is perfect for a glossy, healthy looking slick back.”

Cesar then attached a 22-inch Wildform ponytail and braided it by means of IGK Rich Kid Coconut Oil Gel for a soft hold. Once the braid was set in place, from top to bottom, he decorated it with the glass beads and charms. These charms were little white crosses and flat circular seashells.

Besides, Selena Gomez, 26, Jennifer Lawrence, 28, Brie Larson, 29, Scarlett Johansson, 34, Kim Kardashian, 38, Hailey Baldwin, 22, Gigi Hadid, 24, and many other female celebrities live beach waves. They love having them and sported the simple and easy hairstyle at the various events !!! 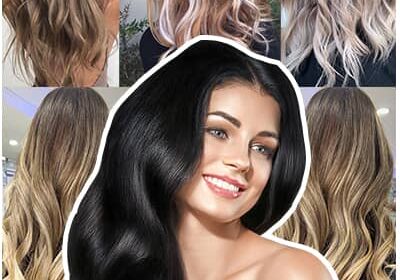 10 easy and stylish summer hairstyles for all hair types! Which one is your favorite?